We Indians must do better understanding China and end our misconceptions 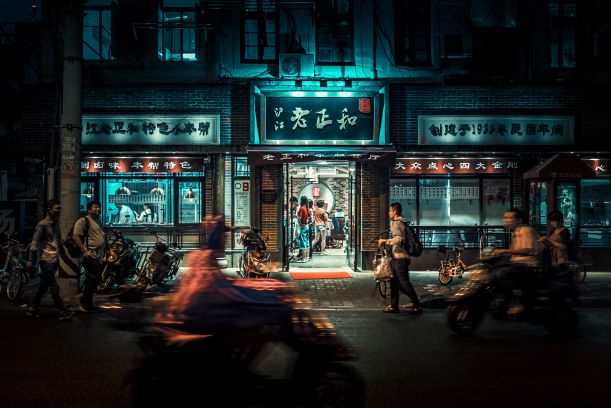 During the germination of the idea of Bridge India in 2018, we were fortunate to have with us Shubham as an intern. He is unusual in his global outlook, in that he is travelling to China shortly to study for a Master’s degree. This is a short interview on his perspective on why this young Indian is travelling to China, and why he thinks understanding China is important.

About me and why I decided to pursue my academic goals in China.

I am a versatile research professional with a deep passion and understanding of cross-cultural academic dynamics particularly in international development studies and economics. Currently I’m preparing for my master’s degree in China Studies at Zhejiang University, Hangzhou and had previously worked at the Chennai Centre for China Studies (C3S think tank), covering various geopolitical aspects concerning India and China.

My first practical work experience and knowledge in the domain of China Studies, was in 2019-20, during my selection as a Belt and Road Initiative summer fellow at the Peking University in Beijing. This invaluable opportunity allowed me to immerse in and understand the Chinese culture, helping me build lifelong connections and friendships. I personally believe, travel and first-hand experience of a different country can help build a bridge of collaboration and break away the wall of misconceptions.

During my bachelor’s studies at the University of London, I got an offer as a summer research intern in 2018 in Bangalore to help in the early setting up stages of Bridge India. Through my experiences there, I learnt about the importance of having a global vision, embracing diversity and establishing a network of colleagues/mentors beyond one’s geographical limitations.

At a time when the world is veering towards division, it is important more than ever to develop a global scholarship to promote intercultural dialogue, and engage in knowledge sharing of path breaking policies, innovations and technologies that are opening the world to endless possibilities. Particularly with my interest in China studies, in order to achieve this it is also important to not only understand our (India’s) biggest neighbour but also put an end to the myths and misconceptions we have about each other.

Myths, popular misconceptions, and why Indians must better understand China.

One major myth in India is that particularly manufacturing labour in China is appealing only due to low wages. Apple CEO Tim Cook said back in 2017 “There’s a confusion about China. The popular conception is that companies come to China because of low labour cost.” The real reason, as he highlighted, was “the skill, and the quantity of skill in one location and the type of skill it is.”

While Yiwu, in Zhejiang, continues to be a major supply chain network globally, places like Hangzhou, Dongguan and Shenzhen are not just manufacturing zones any longer but tech and innovation hubs with a highly skilled workforce.

In fact, China’s adoption speed of innovative tech is a major driver for its economy. Facebook being a late adopter of some similar features from the popular Chinese app WeChat is indicative of an end to the “China-copy-cat” era. Despite attempts to block Huawei in western countries, the company is launching its own operating system, the Harmony OS , breaking away from the iOS and Android market duopoly.

What we are seeing today is China’s emergence as a tech power. Misconceptions like these and many others, including a biased media, could hamper a focused understanding about one of India’s most important neighbours.

For Asians this is the most promising time in economic history and going forward it is clear the 21st century will be ‘The Asian Era’. India must actively participate in this shared growth trajectory of Asia, through a strong investment in human capital.

While popular opinion in India has been to replicate China’s manufacturing miracle, this cannot be achieved only because India can offer lower wages (compared to China). An ecosystem without the skills and only low costs is not enough. A heavy investment in vocational training and skill development will be more important first, to lay the foundations.

The importance of these factors in the case of China is strongly highlighted in books like ‘How Reform Worked in China’ by Dr. Yingyi Qian, Professor of Economics at the University of California. China’s early investment in human capital formation and rural reforms of the 1980s underpinned its economic success.

Another myth is that Chinese citizens’ approval of the government is weak, and support is wavering. Ground realities documented by credible western academic studies, reflect something completely different. A Harvard Kennedy School study has shown how support for the Communist Party of China has gone up from 86% in 2003 to 93% in 2016.

In an international community, coming across political systems and perspectives different from ours, is no doubt challenging. I have always believed that humanity achieves the most from constantly seeking innovation and collaboration, and as individuals we must always be open to new perspectives and disruptive truths.

An effort to understand each other can go a long way in building lasting relationships, as the saying goes, “A ship in the harbour is safe, but that is not what it was built for.” Developing further the shared values I picked up at Bridge India and almost three years later, as I pursue my higher education at my dream university at Zhejiang University in Hangzhou, China, I once again look forward to seeking innovation through diversity and collaboration, learning from a globally oriented and multidisciplinary programme. 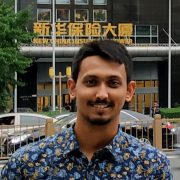 A graduate in International Development and Economics at University of London, Shubham enjoys researching about economic reform processes, with a special focus on China. Previously he was an intern at Bridge India, summer scholar on China's 'Belt and Road Initiative', Peking University and has worked at Chennai Centre for China Studies. He was one of the Indian representatives and finalists to the US Embassy supported 'Good Governance and Tech flagship event 2020-21' at KLL, Nepal. Shubham starts his Master's in China Studies at Zhejiang University in 2021