Where will the UK’s post-Brexit trade come from? 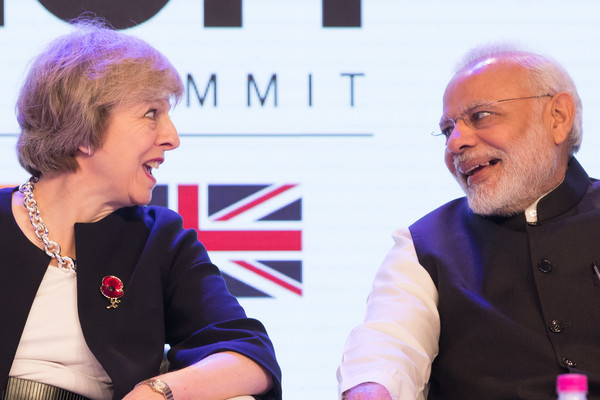 A relationship that started in 1972 after a year of negotiations between Britain’s Conservative prime minister Edward Heath and European leaders, embarked on its formal demise on 23 June 2016, when 51.9% of the United Kingdom voted to leave the European Union.

One of the major arguments made by the Leave campaign was that after Brexit, Britain would be unshackled from the bureaucratic chains of Europe to pursue its own free trade policy with the rest of the world. In times that were becoming increasingly protectionist, this was to be a clarion call for free marketeers.

And after Brexit, this tone has continued. Theresa May’s first trade visit outside the EU after becoming Prime Minister was to India. In the same way that her predecessor David Cameron accorded great strategic importance to the country’s relationship with India, so has May.

In addition, she was just in China at the beginning of February, where she struck a more pragmatic tone than some of her predecessors, focusing on post-Brexit trade rather than concerns around human rights or the Belt and Road Initiative.

But both visits showed how Britain had only a few cards to play. The recently concluded India-UK bilateral trade ministers’ Jetco meeting in London explored various avenues of greater economic cooperation. The sense was that Brexit had focused minds to make Jetco into more of a deliverables-focused meeting.

Most areas in which the countries can increase economic ties do not need a post-Brexit free trade agreement. They need common-sense, a willingness to create a shared vision, and a humbling acknowledgement that India ‒ as is true with China as well ‒ holds more of the cards than Britain does.

When David Cameron visited India as prime minister for the first time, his ambition was to double bilateral trade within five years. Instead, bilateral trade has been flat since 2011 – while Indian exports to the UK have consistently increased, UK exports to India have fallen, albeit with a recent uptick after sterling’s depreciation.

Some county councils in England – for the first time in many years – are including a focus on improving non-EU trade in their core future strategy. This is commendable, but many lack the budgets or intra-council coordination to do this in a meaningful manner. Where they do so, it is with India or China in mind. Ironically, some of the largest attempts by these councils to internationalise opportunities for their small and medium-sized enterprises post-Brexit is being achieved through EU-funded grants.

One can hear many diplomats quote these figures to evidence the substantial post-Brexit potential. However, the chance of all tariffs falling to zero on the first day after Brexit is fanciful. 54% of Britain’s imports are from the EU, and 43% of exports land there. Germany, Spain, the Netherlands and Belgium run the largest trade surpluses in the EU with the UK, which means the UK buys much more from them than it sells.

In other words, Britain is saying to the Commonwealth: we didn’t really want to buy what you sold before, and we couldn’t sell you what you wanted, but after Brexit it will all be different.

The marketing in the build-up to the CHOGM is in full swing, with attempts by Britain to place India at the heart of the Commonwealth leadership. Given India’s Prime Minister Narendra Modi is due to attend this time (Indian PMs have skipped several of the last few CHOGMs), India may be able to build something on the basis of shared long-term values with Britain.

Intra-Commonwealth trade will increase after Brexit, as it has been doing for many years. But even a cursory look at the numbers suggests it will not replace intra-EU trade.

This article first appeared as a Friends of Europe publication here: http://friendsofeurope.org/publication/where-will-uks-post-brexit-trade-come. 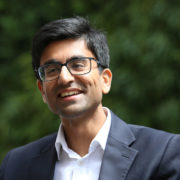 He was additionally, until August 2017, UK Director for the Federation of Indian Chambers of Commerce and Industry (FICCI), the premier and largest industry body in India. He is also the co-founder of a tech start-up in the CSR space, has worked in management consulting and ran a Hindu community organisation for a number of years.

He studied Economics at Warwick University and LMU University of Munich, has published academic research on behavioural economics and social impact, and contributed to various books, particularly on India. He is a regular commentator on public policy and India across print, TV and online.