The rise of India as a global soft power 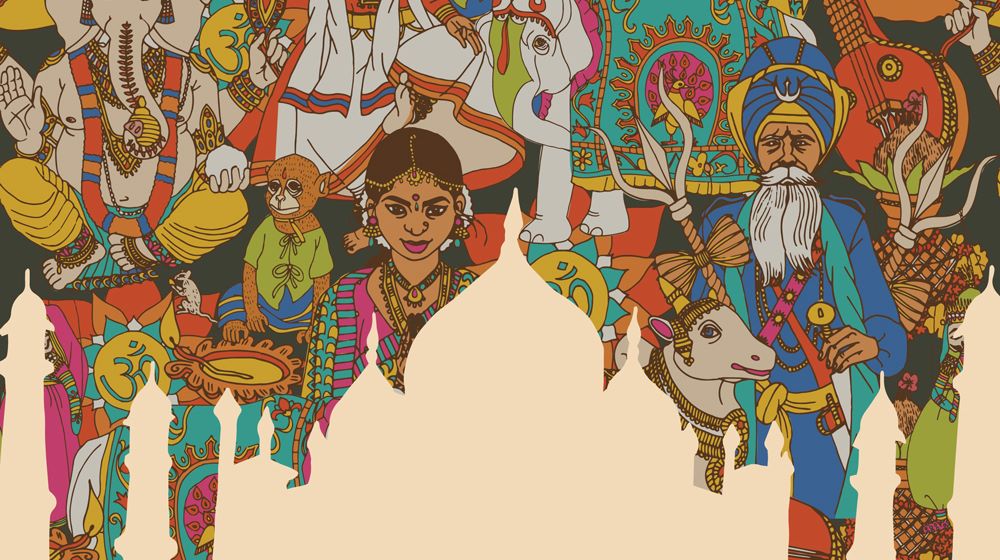 India is an enlightened nation with a vibrant soft power inheritance. The country is vividly conscious of the weight of its cultural engagement and requires putting in little more effort to present its culture fascinating to the corners of the world.

The following notion of soft power is original and essentially natural which is harmonious with the abundant history of India as both a country of notions and thoughts alongside amicable cultural dissemination. Soft power brought with it an impression of upright hovering sphere and reliability, which motivated the developing nations across the world after seeing India’s position.

India’s soft power has historically been characterised by pluralism

India has an optimistic vision of relatively pluralistic government, non-violent, and liberal with a non-threatening global leadership. Distinguished personages like Mahatma Gandhi, Rabindranath Tagore, literature, music, dance, software industry, Ayurveda, etc., produce an extraordinary array of soft power assets that portray the attractiveness of India to the foreign populace. The importance of respect, harmony and fraternity are the essences that Indians are recognized for, with Ashoka, Buddha and Gandhi standing as principal representatives. Mythological epics such as Mahabharata and Ramayana are compared with the great Greek writings like Odyssey and Iliad. India was appreciated as the ‘Golden Bird’ between 1 and 1000 AD for its GDP, which was also ahead of China back then. This eventually brought migrants, traders and invaders like ‘Alexander the Great’ to India.

Over the centenaries, India has granted shelter, religious and cultural freedom to Jews, Christians, Muslims and several other faiths. India’s history and culture is her legacy to the world that displays the metamorphosis of India’s chronicles, how India harmoniously assimilated different religions yet never lost track to its own culture and history.

India’s global representation is rooted in the idea of ‘unity in diversity’, contemplative of the wide collection of cultures and civilizations that remains to attract many across the world. The soft power rootlets move very deep. Appraisals of India’s soft power draw traditional, religious, ethno-linguistic and constructive relations with other nations. Everything as a component of the Indian culture was fascinating for the outside world. India dedicated itself to gaining internationally through commerce and statecraft, apart from “soft” power. Upanishads delivered the notion of ‘Vasudhaiva Kutumbakam’ to the world and to India. Renowned ancient Indian philosopher, Chanakya’s maneuvering to gain over adjacent powers by settlement and non- aggression arrangement and grants also demonstrates the significance of soft power in the ancient Indian statecraft.

India has a vibrant and traditional history that has given rise to several academicians, intellectuals and scholars who have committed to the conception of distinct followings of knowledge, a pearl of wisdom that has travelled and set themselves far exceeding the frontiers of India. The ancient universities of India were the most prominent centers of cultural synergy and soft power, which drew a great number of scholars and learners from different parts of the world. India as a mystic civilization has interested academicians, scholars and people from various fields from parts of the globe to India, which also led to the emergence of various Indologists. Indian society and culture that encompasses Indian cuisines, religions, festivals, spirituality, yoga, movies and music have a more all-embracing impact on the global market, particularly in Asia, West Asia, Europe and Africa.

India since for eras has undergone numerous conflicts through the ancient Indian kingdoms and rulers including the colonial British rule.  And yet, India was exultant and proud of the passive-resistance mode in which the nation had gained freedom. When the British came to India, Britain had 2% of the global Gross Domestic Product (GDP) and India had 20%. But in 1947 during Independence, when the British departed India, the GDP was the opposite way round. India was economically a very poor nation quickly after independence, completely swilled of its resources by a long-suffering colonial power of over three centuries. India despite its intrinsic roadblocks of severe hardship and diversity of the numerous cultures was broadly praised for having gained independence from the colonial rule and also for enduring up for the global South.

The soft power of India has risen as the capability to connect, strengthen the connections and to fix the fractures shaped by history and politics. In the 1990s, India supported peaceful advancement and a good friendly policy towards its neighbors and the soft power to cater to India’s foreign policy to support its legitimacy in South Asia.

The soft power of India has scattered in her extensive social and civilization heritage over millennia, manifests that her purposes of secularism, liberalism and inclusiveness of cultures that are more critical in today’s restless society. A concrete experience of south-south collaboration and long-held solidarity with developing nations is an added element of Indian soft power in various sections of the world. The Gandhian concepts of non-violence, Nehru’s Five Postulates of Panchsheel (Peaceful Coexistence) and the globally supported Non-Aligned Movement (NAM) during the cold war made an important actor in global associations.

India perceived as a promoter of culture, dialogue and synergy

Jawaharlal Nehru, India’s first Prime Minister was assured that the country was fastened to perform a great and benevolent share in foreign affairs. India has been perceived as a promoter of culture, dialogue and synergy in the continuation of global politics. The religious leader of the Tibetans, his holiness Dalai Lama explained, “India’s great tradition of religions tolerance can be a role model for the entire world”. With the arrival of liberalization and globalization of the economy, the interlacing among the nations across the world has increased. The soft power has now been graced as the essential factor of the overall power of a nation. It can increase the adhesion and the determination of the people in a domain and the capability to shape the foreign relations of a nation. Soft power has also become a piece of crucial equipment in determining India’s foreign policy and strategic decisions.

The Incredible India tourism campaign offered an indispensable role in advancing ‘Brand India’ being a catchphrase to describe the campaign started by India to draw interest and represent India as a productive purpose for investment.  India could hold itself amongst the nations with robust potential of soft power. The country’s throbbing democracy, autonomous judiciary, the role of NGOs, including progressive and independent media draw people across the world. India is also exploring global recognition of remarkably innovative projects, which manifest India’s equation with her magnificent civilizational history. India has been one of the most esteemed members of UNESCO and has been a stalwart champion of inter-civilizational and inter-cultural exchange.

Considering that hard power cannot be exercised exceeding a frontier or territory, it is soft power that can boost the image of India and create a niche for the country in the modern global system. The symbols of soft power have also progressed and produced the understanding that India in the modern era is as much more robust than what it was previously several decades ago. The Indian diaspora can perform a significant role in expanding the soft power of the country through the tremendous magnetism that they hold in their living nations. Around 20 million active Indian Diasporas are spread across various countries. By 2024, United Nations (UN) has predicted that India is set to become the world’s most populous country and Indian diaspora will continue to grow which is an important strong suit for creating a positive perception of the nation.

Soft power has been expanded in diverse forms by succeeding governments in India. The government of Narendra Modi at present has been creating innovative trends in the realm of Indian diplomacy by blending contemporary elements of soft power. Today, the state has used specific soft power assets of India such as Diaspora, Yoga, Buddhism and economic support for accomplishing diplomatic triumphs and advancing the nation’s national interests.

India’s Ministry of External Affairs (MEA) has determined to promote a “soft power matrix” to measure the effectiveness of the country’s soft power outreach. The goal of the MEA is going to be an indispensable test condition in the aforementioned regard. Initiatives such as ‘Destination India’ and ‘Know India’ have likewise been launched. Cultural centers like the Indian Council for Cultural Relations (ICCR) even organized a national convention ‘Destination India’ initiative for the first time in 2019 which believes that India can move up fast to be a leader of the global knowledge society. ‘Namaste diplomacy’ and ‘Medical diplomacy’ of India today has become the talk post-COVID-19.

As an ancient civilization, India has a throbbing democracy, the largest in the world, a secular spirit and a speedily developing marketplace that grew to become the 5th most booming economy in 2019, overtaking the United Kingdom and France. India, to boost its communication, tourism, culture and soft power, on the whole, will have to forge multilateral and bilateral collaborations with different nations by enhancing its foreign policy and diplomacy.

Due to the attractiveness of India’s culture, social values, and foreign policies in addition to the nation’s economic and military might, India will be better placed to join the rank of Asia’s great powers. India, which is expected to become a superpower by 2025, also possesses soft power advantage having a democratic system compared to China’s communist belligerent system. Since the last ten years, India has likewise elevated its indispensable resources in public diplomacy, by applying traditional and innovative channels to create and anchorage its soft power.

However, India being a country rich in soft power resources lacks an institutional ecosystem to harness soft power and further its national interests in the international sphere. There have been blemishes due to major quandaries such as corruption, poverty, and violence against women, hostility to business, pollution in urban areas, caste-discrimination and gender-inequality that has made India fare poorly in the elements of national attraction.

Also, there are numerous factors at play forcing what feels like an underperformance in the Soft Power 30 index for India such as the western bias that places India at a relative disadvantage as advanced economy nations hold a lead. The index is a composite pattern aggregating data across a different range of soft power metrics to create a separate score for every nation. The reduced performance in various sub-indices of the report hauls down a nation’s overall score. However, it doesn’t mean such a country will not have precise might and valuable instruments in its display of soft power assets.

To conclude, India should figure out its strengths if it wants to resurrect its national image. Its ancient wisdom and spirituality should encourage other nations to acknowledge that India can have a great leadership role in the world.

India’s ability to tell a “better story” has not been very effective in delivering desired outcomes notably. The nation’s potential of soft power if implemented certainly would enhance India’s more exalted position, in making it well disposed and flourishing in the world. In the mounting multipolar global order, India definitely has the potential and holds immense opportunities to elevate its position further as the ‘rising global soft power’ that can further pave way for the country to become a ‘soft power-superpower’ of the 21st century.

A version of this article first appeared in The Diplomatist here. Read our other blogs on India’s soft power here. 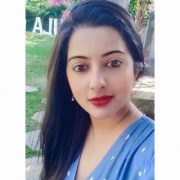 Preethi is a political scientist and an author of the books, "Nihonomics" and "Nanmin". She is pursuing her doctoral degree in International Relations from Geneva School of Diplomacy, Switzerland.