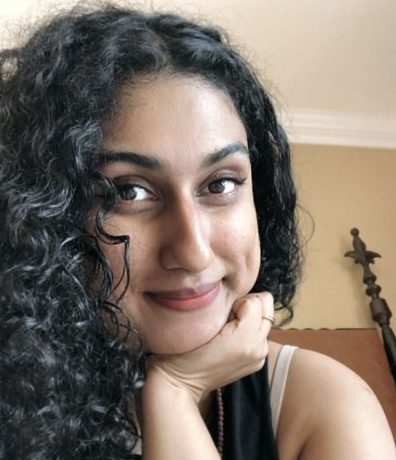 India is erupting in a chaos of identity. News headlines streaming out of the country highlight divides along caste, community, clans and religions, making us wonder if there is anything that we truly can call Indian.

Those who’ve spent large phases of their lives outside India have the added dilemma of national identity. I’ve always found it strange yet heartwarming that in a foreign land, Indians mesh together and open their hearts overcoming the same lines that separate us back home. When faced with the uncertainties of a foreign culture, we possess the humane capacity to seek out connection over commonalities and approach our differences with curiosity.

Winston Churchill once referred to India as “merely a geographical expression.” Indian history is littered with examples of diverse cultures, religions and communities co-mingling at times with mild disturbances and sometimes through the turmoil of violence. Fareed Zakaria is his essay on “The rediscovery of India” says that we have always existed as a “loose confederation” for much of history so much so that even when single rulers held dominion they did so by sharing it with “vassals” and “letting local traditions flourish.” This therefore begs the question, is there a cohesive idea of what it means to be India? Who or what is being Indian?

Whenever I’m asked where I’m from, I find myself struggling to provide a succinct yet honest answer.

Whenever I’m asked where I’m from, I find myself struggling to provide a succinct yet honest answer. It is hard to judge what the questioner is really pushing to know. Do they mean where I live, perhaps where I was born, which ethnicity I belong to or some variation of all three. I have no simple answers for any of these and I believe that’s the parallel of the global Indian diaspora.

It would be unfair to delve into the tangled web of my identity as an Indian without sifting through the sands of my family’s past. My heritage is a long drawn out love affair with the glorious complexities of India. I’m a Tamilian from Kerala, which means my ancestors travelled thousands of kilometers from the border villages of Tamil Nadu into Kerala looking for better economic prospects. That made us uniquely bilingual speaking a language that effortlessly mixed both Tamil and Malayalam but it also for generations henceforth, made us a clan of vagabonds who didn’t really fit into either state. So we remain conspicuous in our difference as “Palakkad Tamilians,” the perpetual straddlers of two states. My parents however each grew up outside of South India, spending time in Mumbai, Nagpur and Kolkata. This imbibed in them a more pan-India feel as they spoke both their mother tongue and also languages of the cities they were in. My mother spoke six languages and my father three. My parents were never quintessentially South Indian. My father given a choice would belt out a Kishore Kumar song before MS Subbulaxmi’s and mother felt at equal ease with both Durgo Poojo and Onam. Yet they were South Indian in their soul and in their approach to life’s simplicities. It was into this mixed concoction of identity trails that I was born.

From an early age I could sense my parents’ ambivalence about where they belonged. They were equally comfortable with Maharashtrians and Tamilians, yet somehow, they weren’t either. I inherited this confusion and only confounded it.

I was raised in both Oman and the UAE. Gulf countries have a huge expatriate population with Indians constituting the largest in the 90s. For us, it felt like another state in India but with better infrastructure and standard of living. Oman was a wonderful place to grow up in, for it retained a certain humility that the neighboring, flashier countries didn’t. The Sultan had studied in Pune and therefore had a soft corner for Indians. He was also very secular so there were several of places of worship constructed to make the Indian community feel belonged. My parents found a lot of solace at the temples. It was a weekend ritual for us, like several families, to first attend the Krishna temple, followed by Shiva’s. Like clockwork we would see vehicles arrive at the parking lot and the same families week after week descend upon the altar to strive for some semblance of what community felt like back home in India. We laughed and played and sang and prayed within the intricately carved walls of the temples, but the longing for the security of home always hung in the air like a grey cloud.

The Middle East is unique because we’re never afforded citizenship yet we spend decades calling it our home. Some of my friends were born in either Muscat or Dubai yet were legally always Indian. It’s a strange dichotomy. Our parents always lived in the shadow of uncertainty in these countries yet it was where we continued to build our lives. When my parents moved to the UAE, it was a culture shock for me. People here were more modern and abreast with the global pop-culture than in Oman. I was branded as too Indian amongst my classmates in my new school and I’d spend the next seven years trying to overcome that tag. It was ironical that at an Indian school, where we primarily studied Indian history and culture, what was required to be accepted was shedding my Indian-ness. Western themes dominated arts and extra-curriculars, which made our school stand out like shining beacon amongst all the other Indian schools. These actions only deepened the divide in my formative Indian mind.

These actions only deepened the divide in my formative Indian mind.

Since the expatriate population was transient, the education system didn’t really allow for inter-mingling among the varied communities. We lived parallel lives in silos. Indians, Pakistanis, Lebanese, Syrians, British and Americans living in our own organically formed areas and attending schools made for our nationalities. Although we didn’t’ get to interact with them very closely we were aware of each others’ presence and this exacerbated the need to want to move beyond the identities of being Indian. It was a common theme for friends to visit their extended families in India but complain about the facilities and how far behind they were in their global awareness. For some reason, I always felt welcomed and at peace more in India, in my grandparents’ home than I ever did in Dubai. Perhaps it was the simplicity of the culture at that time. Pre-liberalisation India was immune to the over capitalistic demands of the West and there a palpable sense of contentment amongst majority of middle class, who found joys in their community. To my child’s brain, it looked like happiness. Even our TV shows in the 90’s reflected the trend of the common man(woman) finding simple pleasures through human connections in an otherwise seemingly complex world. In the Middle East I always felt detached.

Moving to the UK for my undergrad was an expansive experience yet it also made me acutely aware of my sudden minority status. I wasn’t a second generation British Indian, nor was I strictly an Indian bred in the Motherland. I was an in-between waif trying to establish my identity by feeling my way through all shades of Indian-ness. Finally, I realised that I was such an entanglement of global and Indian, that all efforts of parsing the two were futile.

I cherish my global perspective and the broadening of my mindsets through my exposure to multiple cultures, situations and lifestyles. It has made me a seeker of experiences that constantly shatter my beliefs and opens me to new learnings. However, my spirit remains deeply rooted in India and all its messiness. It’s in India that I feel most belonged, where I have no question of whether I am accepted or not. It’s where I’ve lived for the better part of the last decade, save a few years in Boston in between. Of course, I am conscious of the privilege afforded to me in terms of my economic status which plenty of people belonging to minority communities do not have. Perhaps it is this very privilege that keeps drawing me back here because in India I’m at the top of the pecking order. It’s also where I want to contribute the most.

So, to come back to my initial question of what it means to be an Indian as a NRI, I’d say it is a feeling. It’s the fluttering of our hearts when we hear the National Anthem, or the euphoria of seeing Tendulkar hit a sixer out of the Lord’s stadium or the thrill of seeing ISRO launch its own satellite. India is the warmth that flows from all corners of the world as volunteers set up shelters and rescue operations in the flood-ridden state of Kerala. I was recently at the Wagah Border where the theatrical display of valor and national pride are at their hyperbolic best, achieved primarily through the unabashed use of chants, slogans and patriotic songs. We are, it seems a people of exaggerated feelings.

To me, India is an emotion that stays wrapped in the distant corners of our mind and unfurls at the faintest trigger of belonging. Being Indian therefore is just an expression of that emotion. 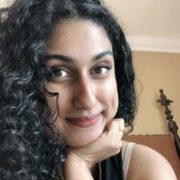 A University of Warwick and Harvard graduate, Madhumita uses cognitive neuroscience to advocate for the healthy development of emotional intelligence in children. As an Ayurvedic Nutritionist and Functional Medicine Candidate, she helps people understand the relationships between emotions, diet and the human body. She is also a poet and writer.