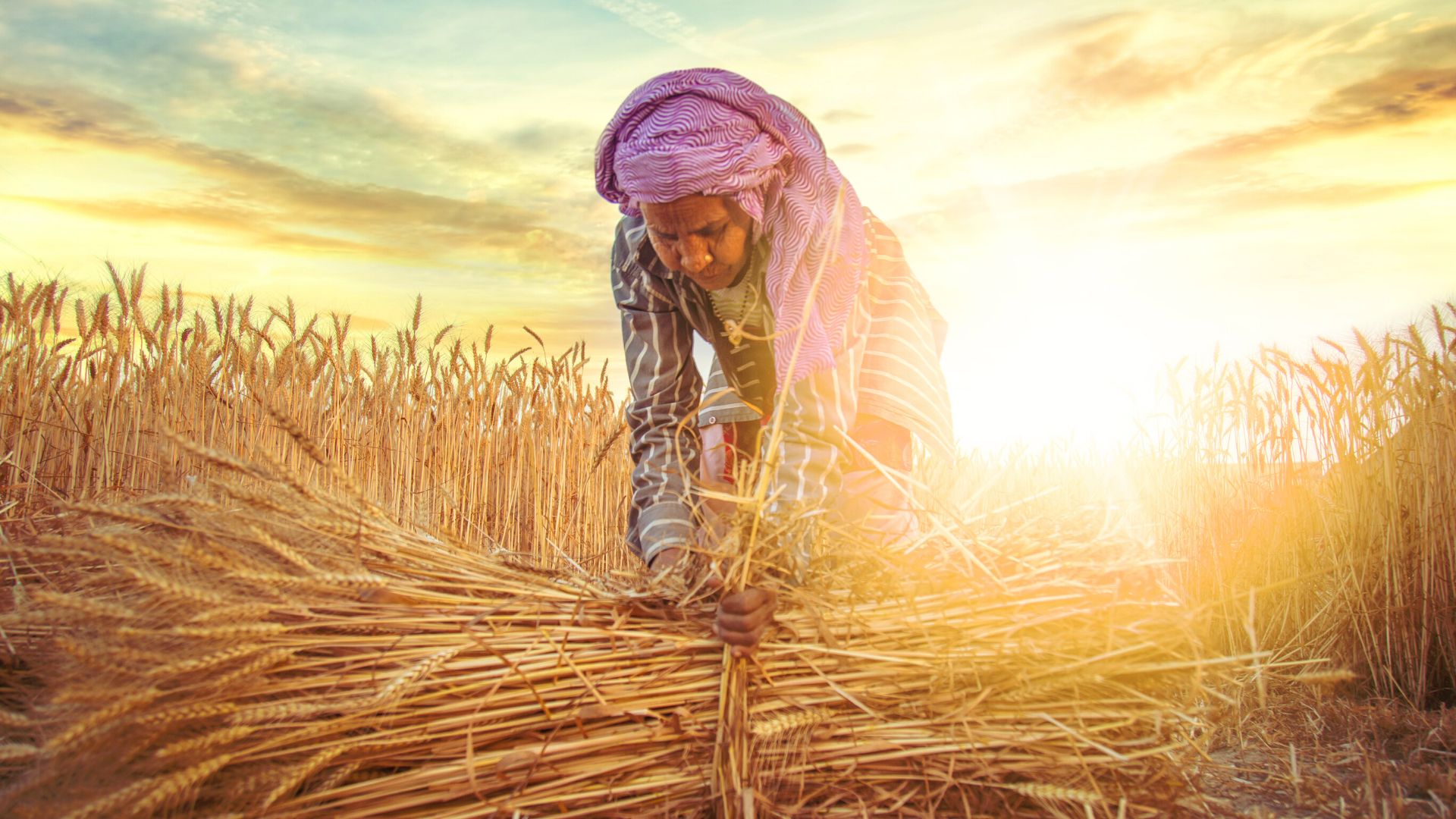 The gap between the top 10% asset holders and the bottom 10% is 500 times in rural India but is shockingly 50,000 times in urban areas, Oxfam, the British founded confederation of 21 independent charitable organisations, reported in 2017. The latest report by Oxfam India titled ‘Inequality Kills: India Supplement 2022’ reveals far worsening inequality in the country.

Inequality has always plagued India but it has been exacerbated by the government in the last eight years. The promotion of corporate giants at the cost of public welfare is the driving force behind the increasing inequality.

While the income of 84% of households declined in a year marked by loss of life and livelihoods, the number of billionaires grew from 102 to 142, the report says adding, “the collective wealth of India’s 100 richest people hit a record of Rs 57.3 lakh crore (£573 billion) in 2021.”

Key findings of the report

According to Oxfam, the richest 98 Indians (owner of corporate entities) own the same wealth as the bottom 55.2 crore people, which is roughly 40% of the population.

Whereas India added 40 billionaires in 2020-21, the number of poor doubled during the same period with more than 4.6 crore Indians estimated to have fallen into extreme poverty — this number is nearly half of the global poor, according to the United Nations.

The level of inequality is so stark that the wealth of India’s 10 richest is enough to fund the schooling and higher education of every child for, at least, 25 years. India is home to 25% of all world’s undernourished children.

These figures are demand proactive intervention from the Indian State. This also raises the important caution made by Dr B R Ambedkar, whilst speaking on the new Indian Constitution. His caution about the non-transformation from one-person-one-vote (which was very radical at the time) to one-person-one-value. This non-transformation in the last 75 years to a highly inequitable society perils the very root of the democratic system.

Reasons for such high levels of inequality

Amitabh Behar, CEO, Oxfam India said: “The ‘Inequality Kills’ briefing shows how deeply unequal our economic system is and how it fuels not only inequality but poverty as well. We urge the government of India to commit to an economic system which creates a more equal and sustainable nation … India’s fight against inequality and poverty must be supported by the billionaires who made record profits in the country during the pandemic.”

Whereas the report focuses on the taxation system, which substantially increased in the indirect tax form — shoring up wealth from peoples’ savings — it also mentions that this is not the ultimate area that requires redressal. For inclusive, sustainable and equitable growth, the government has to usher in large-scale transformation which seems extremely difficult in this situation.

For example, several countries allocate a higher portion of their budget to healthcare compared to India. Brazil allocates 9.51%, South Africa 8.25%, China 5.35% and Russia 5.32%. India’s budgetary allocation is only 3.54%.

“This consistently poor spending on health has also created gross inequalities in the healthcare system that have been described in past. Unsurprisingly, the poor state of public-funded healthcare in the country has pushed the majority of the population to resort to the private sector to obtain healthcare,” the report states. The drive for an insurance-driven health system helps in accruing profits for private insurers and does not help in democratising the gains.

Likewise, education can contribute phenomenally to either reducing or increasing the gap of inequality in a social system. Sadly, India has promoted the privatisation of education in the last few years.

The report points out that the proportion of children attending a government school has declined to 45% compared to 85% in the USA, 95% in the UK and 93% in Japan. The government schools are either not being run properly or being shut at a very fast pace, Oxfam states.

What the report misses

Despite providing the glaring facts and their reasons, the report misses some of the important facts, especially in the urban areas, that lead to inequality.

The major miss is the transformation of utilities and urban commons for abject privatisation. This goes to the basic understanding of the way cities are built to attract capital investment in sectors like housing, infrastructure, health and even education, which has also led to the widening of inequality. For example, the government has been pushing for secondary and tertiary health infrastructure rather than primary in recent years. Therefore, when a city is planned, there is more space for super-speciality hospitals than for primary healthcare centres. Gurgaon is a classic example of such development.

Nearly, 40% of the urban population was dependent on private healthcare in 1986-87, 68% per cent in 2014 and now more than 70%, according to the report. Unfortunately, the Modi government views the health sector as an area of investment with good returns for the private sector. The ‘health industry’ is expected to grow to $372 billion.

“Reliance on private medical care risks the exclusion of socially marginalised groups from accessing healthcare thereby exacerbating existing health inequalities. A healthcare sector driven by market considerations influences consumer choice and creates demand according to profitability for the providers thus excluding those with poorer purchasing power such as those who constitute India’s marginalised groups,” according to the report.

Another area that requires consideration is the way certain utilities considered to be of “use value” for the society have been transformed to “exchange value”, meaning commodifying such essential items. The commodifying of certain public goods, like the supply of good-quality water, to maximise profit also increases inequality. From the World Water Forum in The Hague in March 2000, where the participants proclaimed themselves as saviours in the global water crisis but instead pronounced ideas for water privatisation and its utilities in the urban spectrum.

Most of the infrastructure projects designed with high capital input bear a condition for reducing non-revenue water (NRW). There is nothing wrong in reducing NRW if it reduces the losses of water in a water utility in a city run either by the government or a parastatal body. The problem is that people are made to pay for reducing NRW and huge amounts of surplus are generated in the process. Another problem is the business of purifying water by companies despite the fact that the utilities are supposed to provide potable water to residents.

Housing is another important area in the cities that leads to accentuating gaps of inequality. If one sees the trajectory of urban development from the urban planning process in the last four decades one will find that housing that had elements of social housing has been replaced with more market-oriented policies. The transformation from the old model towns to new master plans speaks volumes of this private aggrandisement.

Take for example the Delhi Master Plan for 2041. This is not to eulogise or be euphoric that the previous plans were very inclusive, they also had elements of exclusivity, but the new ones are completely different. In the previous master plans for Delhi, there was mention of social housing, the Janta flat, low-income housing, middle income etc. Then there was also a number of total housing decided how erroneously that may have been. But in the 2041 master plan, there is no mention of social housing, it is the market principle that will decide. And we all know what that principle is — 90% of the city’s population cannot own such a house.

A political and social movement is the only way to implement the suggestions offered by Oxfam to remove inequality. Democratising the surplus in the form of a larger investment by the State in education, health, etc. is necessary.

The increasing inequality will lead to massive social tension which will be not healthy for the country. The key issue, as pointed out by the report, is not just the management of taxes but the transformation of the social and political system.

A version of this article was originally published in Newsclick. 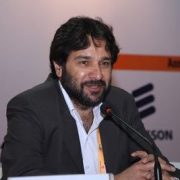 Tikender is a former Deputy Mayor of Shimla in Himachal Pradesh.