As part of our Student Voices series, International Relations student Paakhi Bhatnagar talks about the rise of the more nationalist immigration policies

Nationalist sentiments have become an omnipresent theme in contemporary politics. The idea of a collective belief in the unity of people based on one’s national identity has shaped transnational social movements across Europe. It can especially be seen in Boris Johnson’s political campaigns in the UK under what The Guardian quite appropriately described as “unpopular populism.”  These nationalist sentiments are a product of right-wing policies that takes the shape of populism in political rhetoric, pronouncing a connection between right-wing and anti-immigration policies.

Under the general framework of realism within International Relations Theory, the analysis of states take primacy in epistemological discourse. Realism shapes the prefatory basis for much of the right-wing and thus national interest in foreign policy is considered to be the most important factor in governance. The importance given to the role of the state (versus non-state actors, including individuals) compounds a sense of division, where nationalist affiliations start becoming the most important factor in a person’s allegiance and political choices. This is often the genesis for nationalism in immigration policies.

Britain’s longest-serving post-War Home Secretary Theresa May had put forward a Immigration Act first in 2014, making it harder for migrants without an indefinite leave to remain to stay in the UK. May did this in accordance with the Conservative Party’s 2010 manifesto, which said: “[W]e will take steps to take net migration back to the levels of the 1990s – tens of thousands a year, not hundreds of thousands […] we will introduce a number of measures, such as: setting an annual limit on the number of non- EU economic migrants admitted into the UK to live and work.”

Nationalism on the right of the political spectrum is not a contemporary phenomenon. It revolves around defining the identity of a person through their shared heritage and the country they were born in. This national identity is then juxtaposed with an “other,” someone who does not share the same lineage of a particular demographic. Right-wing nationalism rests on extrapolating Darwanian principles of “survival of the fittest” where one particular race and national identity (that of the self) is seen as superior to the “other.”

In the 2019 general election trail, current Home Secretary Priti Patel condemned Labour Party leader Jeremy Corbyn’s immigration policies, saying his plans would, “allow potentially dangerous illegal immigrants to roam our streets.”  The rhetoric employed here is important. It creates a divide between the migrants and the “us” who are the natural citizens of the UK.

This political diction can be seen in the populist rhetoric of leaders across the world as governments retreat for the globalist policies of their predecessors, including the US, India and elsewhere.

Within this global trend toward conservative immigration policies, highly skilled immigrants like Indian IT workers are unlikely to be significantly adversely impacted. However, the anti-immigration rhetoric employed by conservative governments can escalate racist biases and deepen divisions in the society. This phenomenon of division takes place because nationalism is inherently an exclusionary policy. It seeks to mobilize the majority against the minority because the latter is deemed as foreign and disrupting the safe, homogenous structure of the society. This, in turn, means that nationalism targets those communities that are already being marginalized.

In one of Priti Patel’s recent speeches she promised to “end the free movement of people once and for all” in order to stop the limited NHS resources from being diverted to an influx of immigrants. Her proposal for a points-based Australian immigration system seeks to attract only the “brightest and best” could be constructed to fill the sector-specific recruitment requirements in the NHS, but painting immigration as a phenomenon that depletes the resources of a country rather than adding to it highlights how political rhetoric can create divisions between nationals and foreigners, thus fostering a negative feeling of identity difference.

Politicians hold migration policies as an electoral tool to get more votes through spurring nationalism, be it the Left or the Right. The characteristic of nationalism on the Right is that it uses state identity to diminish the value of a migrant to the economic benefit they bring into the country they are migrating to.

The era that we live in is at its peak of cultural globalization through the dissemination of popular and news media. This also means that reactionary nationalist sentiments are on the rise, not just in the UK but all around the world. The functionality of nationalism as a political tool cannot be underestimated; electoral politics will always make use of nationalism to create divisive votes. Although immigration policies should ideally try and reflect the integrated structure of the world that we live in, moving towards an immigration policy where free movement across borders isn’t limited to those groups who already hail from a privileged background can be structurally difficult to implement.

In a world system where nation states take primacy over non-state actors, immigration will continue to be a contentious issue. 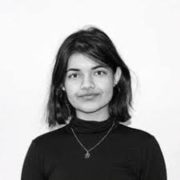 Paakhi Bhatnagar studies at King's College London. She is an avid reader of historical fiction, is a passionate feminist and blogs about current politics and feminist issues.