My roots drew me to India with a ‘deep dive’ into the humanitarian world: Santosh Bhanot 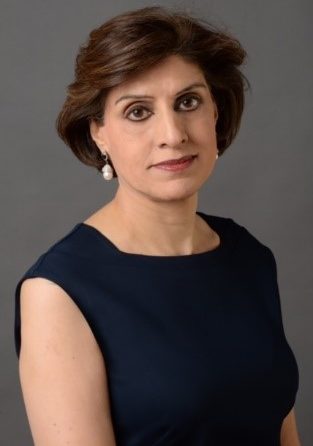 An exclusive interview with Santosh Bhanot, Founder and Chair of The Asian Circle, an NGO supporting vulnerable women in India. Read on to find out what being a Living Bridge between India and the UK means to her.

A bridge between India and the UK for me is a seamless connect across two great nations. We can achieve Global excellence and continued growth in science, medicine and technological advances with access, trust and intelligent sharing. The bridge can result in entrepreneurship, development of super products, processes and best practices. It would be phenomenal!

In my 24 years at P&G, I was able to input into a blend of west and east cultural practices to achieve winning strategies. I quote from one example, Vicks VapoRub, a well-loved familiar 100-year-old product with virtually 100% brand awareness.

The challenge has been on how to sustain this global product. I worked with India based talent with great scientific expertise which resulted in a winning global ‘Touch Therapy’ concept. This combined traditional ‘Ayah’ practices of baby massage to calm, soothe and bond with babies. By linking this to clinical scientific evidence, we developed the ‘VapoRub Touch Therapy’.[1]

It was the combination of east meets west that resulted in this Vicks campaign which achieved global market success. More recently, I am pleased to see that the ‘Touch Therapy Campaign’ has now evolved into a successful Vicks Brand Equity – ‘Vicks Touch Of Care in India’.[3]

Being British born to parents of Indian origin, I was raised in the UK embracing both Eastern and Western cultures – loving things Indian, the food, the people, the music and a spiritual bond with the motherland. This was further strengthened during a visit to the Kumbh Mela at Allahabad; an epic experience cementing my connections with ’India’.

My instilled Indian values were to serve family, society and the community. I was raised in a ‘Community House’ which was about sharing and caring with events, visits and trips centred on Indian arts and culture[4].

For me, growing up in two cultures had its own benefits, challenges and conflicts. It was a balancing act of being ‘British’ with my English friends and ‘Indian’ at home. However, this is a subject for another time. Meera Syal’s book ‘Anita and Me’ certainly resonates!

In contrast, recently reading Sophia: Princess, Suffragette, Revolutionary about a remarkable Indian Suffragette fighting the rights for British women in the UK during the 1900s is unimaginable.[2]   In those times ‘the bridge’ existed albeit in a different way of Empire.

So India has always been on my radar.

My father Om Parkash Sharma MBE was a true visionary and mentor. He taught me that ‘women stood equal to men’ and we should stand ‘shoulder to shoulder’. I was also raised with the Hindu philosophy of ‘Learn, Earn and Return’ and that life was finite. Wise words!

My roots drew me to India with a ‘deep dive’ into the humanitarian world and a fact-finding visit with Oxfam in India. Sharing time, hearing stories first hand, and listening particularly to women’s suffrage was an altogether emotional experience.

Back in the UK, 20 of us sat around an Oxfam table in summer of 2013. It was some months earlier in Delhi that a brutal gang rape took place. It was horrific and savage. We took a unanimous decision that we would work on ‘Ending Violence against Women and Girls’. Reviewing Oxfam projects we ‘discovered’ the Adivasi tribes of India; I had heard of Australian and American indigenous groups – why not Adivasis? So here started the quest to know more about these people and see how they could be supported.

The Asian Circle is a group of high achieving, highly talented British women of Asian origin. Our Mission: to ‘Work with vulnerable women in South Asia, who haven’t had the opportunities or resources to help themselves’. It is part of the International NGO The Circle, founded by Annie Lennox, singer and philanthropist[5].

We developed a pilot project in Chhattisgarh in 2014. We partnered with great talent from Oxfam India and local NGOs. The objective was to provide and improve – access to support centres, patriarchal attitudes and advocacy – knowledge to empower women and girls within this region. We worked in a number of villages with the Adivasi communities, Police and local Government to train, offer support, counselling and legal aid to women and girls[6].

The project was successful and the local NGO awarded the state level honour of ‘Nari Shakti Samman’ for ‘outstanding improvement of the conditions of women at the margins of society’.

The success of the project is a brilliant example of Bridge India at its best.

Like myself, the diaspora that typically want to engage with India are those that have had exposure to both countries and cultures.

Within the Asian Circle, most of the women are in a ‘second career’. They are generally based on a passion they want to pursue and often linked to heritage, culture, language and roots.

Bridge India is a fascinating concept and with the engagement of the diaspora and people of India we could bring about ‘something magical’ to build, grow and achieve excellence in unimaginable areas.

Setting up a British Asian based NGO and working in strong partnership with an Indian based NGO has given me fascinating insights into the huge possibilities partnerships can bring. The key for me is to engage in positive dialogue and practices ‘on’ the bridge and to ‘seamlessly’ integrate two great nations. 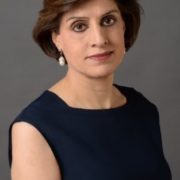 Dr Santosh Bhanot is the Founder and Chair of The Asian Circle. She spent 24 years in the healthcare sector and has also co-authored several papers as a Research Fellow at Kings College London and Nottingham University.