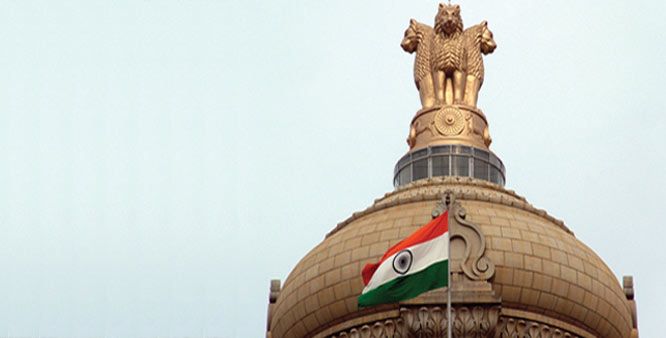 To ensure that the promise of the nation was equitably extended to all, India’s founders meticulously designed the State as a neutral arbitrator between diverse interests. It is by dispassionately negotiating with and managing a plethora of interests that the Indian State has managed to establish itself as the penultimate custodian of order over the past 70 years. In this period, there has been a bipartisan consensus on this fundamental role of the State, which is acknowledged to be the only way to guarantee the welfare of all her peoples and provide a stable framework for India’s unity.

This inclusive social contract is precipitously poised today, as evidenced by the recent arrests of human rights activists under the Unlawful Activities (Prevention) Act. In systematically targeting the champions of marginalised groups, the State is not only suppressing people’s movements, but also undermining the political agency of its citizens. It is no wonder that a report compiled by Varieties of Democracy suggests that India has consistently performed poorly on the Liberal Democracy Index since 2014 because of the clampdown on the liberal features of the Indian system.

This is because, over the past four years the Bhartiya Janata Party (BJP) has brazenly misused the State apparatus to suppress India’s constituent units into accepting one ideology and one leader. The Parliament, the Judiciary, the Media, the Bureaucracy, the Police and almost every institution by which the State stood its ground in the last 70 years is either being ambushed or hijacked to further this cause.

Equally worryingly, the BJP government has tacitly allowed private militias associated with the Sangh parivar (a collection of religious, political and paramilitary organisations) to violently impose regressive norms related to food, mobility, dress, and expression on Scheduled Castes (Dalits), women as well as ideological and religious minorities. Recently, one such organisation even established a ‘court’ to mete out community administered penalties ranging from imprisonment to death! This escalating spiral of anarchy not only destabilises the country, but also delegitimises the sovereignty of the State, which no longer enjoys a monopoly on force.

This abdication of sovereign functions has created a pervasive distrust of not just the ruling party but also State institutions. Far from being seen as the penultimate moral authority, today the State is viewed as just another contending stakeholder, untethered from both Constitutional and institutional values. The anger against the abuses these private militias are perpetrating, and which the State is overlooking has already spawned anguished remonstrations.

As an Amnesty International Report has highlighted, Dalits and Muslims have been systematically flogged and lynched by right wing groups throughout India for the choice of their food, trade and religion. At the same time, rapes are being increasingly used as an instrument to intimidate and silence, as evidenced in the gang rape and murder of eight year old Asifa Bano, who was targeted simply because right wing groups wanted her Muslim community to leave the area. This is not an isolated incident. In the last four years, the victims in 40 per cent of the reported rapes in India are minor children. In many of these incidents, BJP legislators and right-wing groups affiliated to the Sangh parivar have aggressively intervened on behalf of the perpetrators while union and state ministers have publicly honoured them.

In most of these, the State has been partisan in the application of the rule of law, which increasingly seems to be contingent on conformity to the BJP’s ideology. It has either delayed arresting perpetrators like the BJP legislator who allegedly raped a girl in Unnao, Uttar Pradesh, or clamped down on demonstrators, like in Mandsaur, Madhya Pradesh, where the police opened fire without warning on farmers demanding fair prices for their crops.

The legitimate protests at these horrific atrocities recognise that India is on the verge of a catastrophic societal crisis. Diverse social groups, be they Dalits, farmers, Adivasis, students, minorities and dominant castes are increasingly relying on their own agency to organise their lives and claim their rights. This also includes some opposition governed states, which are suggesting coalitions like the Dravida Cooperation to counter the State’s studied indifference towards them. There is a pervasive fear that the State is no longer a wide arena of interaction between contrarian interests and is unwilling to mediate conflicts over access to opportunities and resources. This severely compromises the larger unity of the nation-state.

As a people, we need to recognise that the dictates of government must ultimately be tested on the anvil of individual conscience. We need to therefore ask ourselves this- does the sickness that’s sweeping across India today represent the values of our ancient civilisation? Can we really condone these horrific atrocities as legal or moral, as some have shockingly tried to do? And equally importantly, how can we exonerate ourselves from the pervasive violence when this culture of intolerance and dehumanisation is legitimised by our silence (and in some cases, tacit endorsement)? No matter what our political or ideological inclinations, we simply cannot ignore the moral bankruptcy of the State and our society today. We need to urgently restore the integrity of both, failing which India risks a terminal democratic recession. To paraphrase Pt. Nehru, for our collective sakes let us hope India can end this “period of ill fortune and…rediscover herself again”.

Pushparaj is an analyst with the Indian National Congress. He has earlier worked with Members of Parliament on legislation and policy matters.