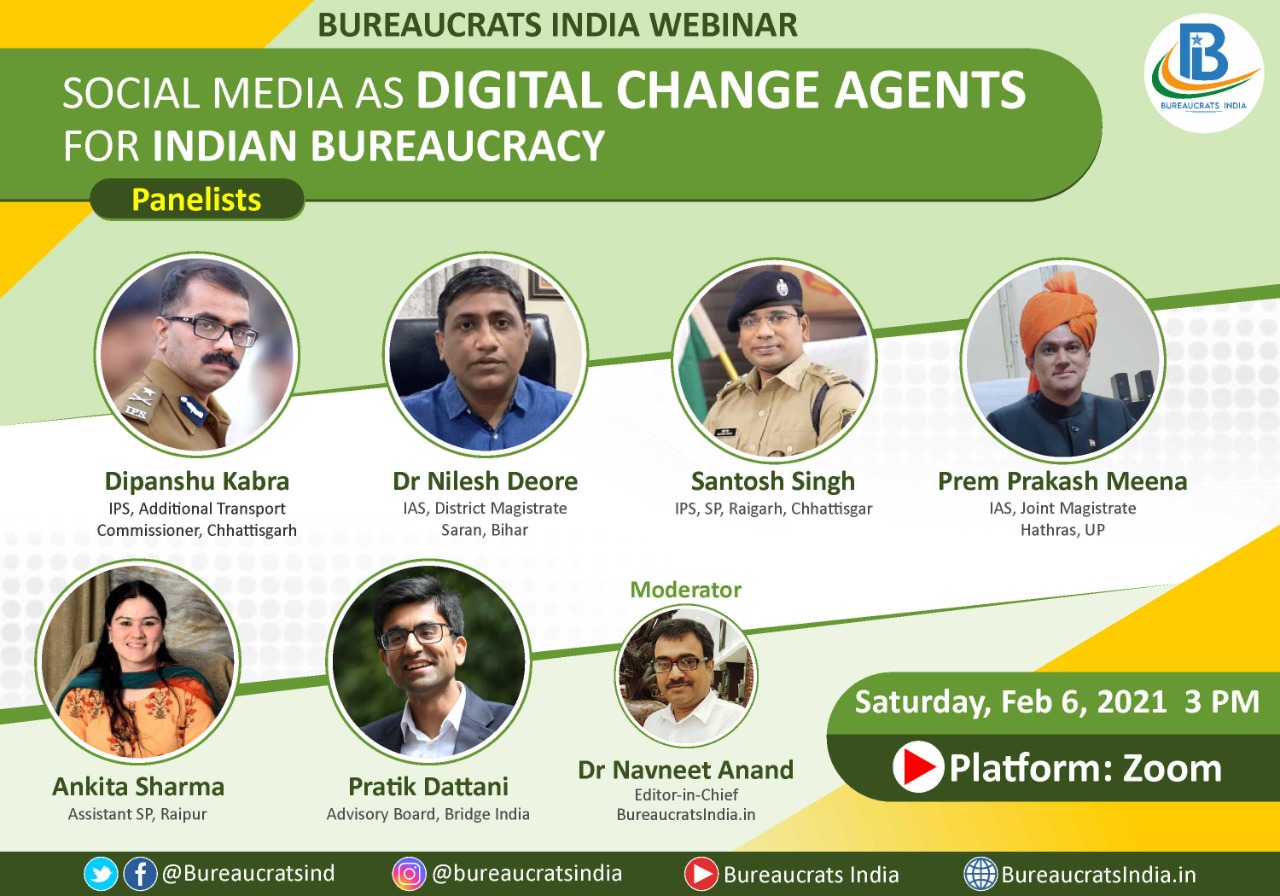 Social media has empowered Indian bureaucracy to deliver social good in a far more effective manner than before, according a distinguished set of Indian bureaucrats and other experts, in a webinar organised by BureaucratsIndia.com.

The news portal, which celebrates the good work of Indian bureaucracy, brought together IPS and IAS officers from the Hindi belt of Bihar, Chattisgarh and Uttar Pradesh to talk about using social media for good.

The session came as India hit out at international celebrities such as Rihanna for their perceived support of the ongoing farmers’ protests. Several Bollywood and cricket stars then took part in a government-coordinated PR push back.

Separately, the government and social media platform Twitter have been at loggerheads over formal take-down requests against several journalists, publications including The Caravan and opposition politicians.

At the same time, bureaucrats can use social media for good, reaching out to their citizens directly. Recently, a journalist from The Wire tweeted at law enforcement about rape and death threats she received from a troll. The perpetrator was quickly apprehended and charged.

Dipanshu Kabra, senior IPS officer, Chhattisgarh said that social media platforms have brought people much closer to Indian bureaucracy. He said “we should have heart and compassion to help the people, especially those who are from weaker sections of the society.”

Dr Nilesh Deore, IAS and District Magistrate, Saran, Bihar, said: “The advent of social media has enabled better publicity of work done by bureaucrats. It has also created an effective system where we could get citizens’ feedback in a seamless manner. Social media has changed the dynamics of governance.” He cited the example of his recent visit to a Dutch cemetery in the city of Chapra in his district. He posted a message about his visit on Twitter, following which an organisation working on conservation approached him. A chain reaction followed, and now the state government is in the process of sanctioning funds for the cemetery’s restoration.

Joint Magistrate of Basti Prem Prakash Meena, IAS, launched a unique crowdsourcing initiative, raising £14,000 for a rare Basti Mahotsav. Now the Joint Magistrate of Hathras in Uttar Pradesh, he said: “Social media has improved the interface between people and bureaucracy. We are under constant scrutiny now. People are using social media platforms to stay connected with the administration and vice versa.”

He added: “As and when we get any complaint or query, officers concerned respond to that immediately. This is a significant shift from days of the past, when people’s complaints would often get buried in files. Today we are far more responsive.”

Several questions focused on pernicious uses of social media including spreading fake news. Pratik Dattani, Advisory Board, Bridge India, said “social media can make a citizen’s voice much more effective.” He added that it is critical for bureaucrats to equip themselves against the menace of misinformation and disinformation. Meena gave the example of disinformation spread by some media in the interest of sensationalism, when a 19-year-old Dalit woman was gang-raped in his district last year.

Ankita Sharma, IPS, Assistant Superintendent of Police, Raipur, said traditional policing methods provide her with the fundamentals for tackling crime. However, “social media is becoming effective in dealing with cyber crime, and in delivering social good.”