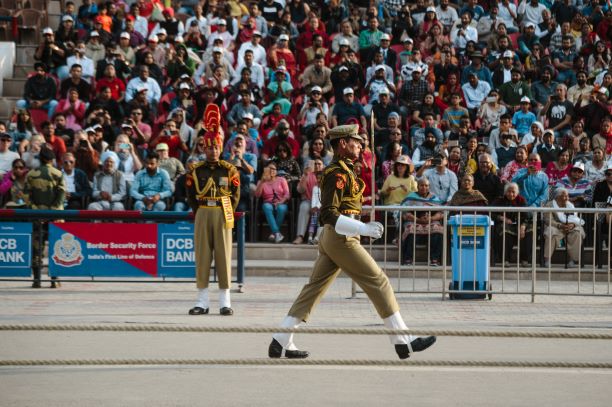 Cooperation on counter-terrorism is an important, but little-known, aspect of the India-UK security relationship. This was formally institutionalised in 2002 with the establishment of their foreign ministry-led Joint Working Group (JWG) on Terrorism. Continued and more sustained cooperation on counter-terrorism will remain key to a meaningful bilateral strategic partnership.

Both countries have a strong shared interest in preventing terror attacks on their mainland, having suffered such attacks in the recent past. The deadliest single terror act on British soil took place in London on 7 July 2005; one of the most devastating terror attacks in India took place in Mumbai on 26-28 November 2008. With the Indian government now perceiving terrorism as the single biggest threat to peace, security and development, counter-terrorism has emerged as one of Indian Prime Minister Modi’s top priorities for bilateral and multilateral cooperation.

In November 2015, during Modi’s visit to the UK, the new Defence and International Security Partnership (DISP) for the first time explicitly named the Lashkar-e-Taiba (LeT) (responsible for the November 2008 Mumbai terror attacks) and the Haqqani network (responsible for the July 2008 suicide bombing of the Indian embassy in Kabul), along with ISIL, al-Qaeda, and Hizb-ul-Mujahideen in the context of disrupting their financial and tactical support. Both countries also reiterated their call for Pakistan to bring the perpetrators of the 2008 Mumbai terror attack to justice. During Modi’s visit to the UK for the Commonwealth Summit in 2018, Prime Ministers Modi and Theresia May “agreed to strengthen cooperation to take decisive and concerted actions against globally-proscribed terrorists and terror entities to protect our citizens, including LeT, Jaish-e-Mohammad (JeM), Hizb-ul-Mujahideen, Haqqani Network, Al-Qaeda, ISIS (Da’esh) and their affiliates, as well as tackling the online radicalisation and violent extremism which feeds this”.

At the 13th meeting of the India-UK JWG on Counter-Terrorism in London on 25-26 November 2019, both sides reiterated their commitment to work together to tackle terrorism in all its forms. This included countering radicalisation and violent extremism, combating the financing of terrorism and preventing the use of the internet for terrorist purposes.

In a significant development, the UK, along with the US and France, co-sponsored a resolution in the UN in May 2019 to successfully declare the leader of the Pakistan-based JeM terror organisation, Masood Azhar, as a “global terrorist” by the ISIL and al-Qaeda Sanctions (1267) Committee of the UN Security Council. China had blocked four previous attempts by the sanctions committee to blacklist Azhar.

Another critical aspect of India’s multilateral approach towards counter-terrorism is its focus on preventing financing for terrorist organisations. Both India and the UK are members of the 39-member international terror financing watchdog, the Financial Action Task Force (FATF). In January 2018, the UK and the US, followed by Germany and France, co-sponsored a letter to the FATF nominating Pakistan to the Grey List of the FATF. In October 2019, the FATF retained Pakistan in the Grey List while expressing “serious concerns” with its lack of progress addressing terror financing risks.

India is concerned over the rise of Sikh radicalisation and pro-Khalistani extremism among a small minority of the British Sikh community in the UK. In March 2016, the ban on the International Sikh Youth Federation (ISYF), proscribed as a terrorist organisation in 2001, was lifted. During Modi’s April 2018 visit to the UK, anti-India Sikh and Kashmiri separatist protestors tore the Indian flag in London’s Parliament Square; and in August 2018, the US and Canada-based Sikhs for Justice (SFJ) – seeking a referendum next year for the establishment of Khalistan, an independent Sikh state – held a large demonstration. The violent anti-India demonstrators outside the Indian High Commission in London on 15 August and 3 September 2019 comprised several pro-Khalistan groups, protesting India’s 5 August 2019 decision on Kashmir. The Indian government continues to seek the extradition of select British Sikh activists charged with terror attacks in India. The danger is that these developments could lead or be supportive of a terror attack in India as well as the emergence of sectarian strife within the British Indian community.

India and the UK also differ over official Pakistani complicity in terrorism. India blames the Pakistan army’s powerful Inter-Services Intelligence (ISI) Directorate for planning and coordinating the 2008 Mumbai terror attacks, alongside the actions of their ‘proxies’, the JeM and the LeT, in terror attacks in India. The UK acknowledges that ISI has had a role in supporting and funding the LeT and the JeM but is not able to find evidence to directly blame the ISI.

Nonetheless, there remain significant opportunities to develop and deepen India-UK bilateral and multilateral counter-terrorism cooperation and collaboration for mutual benefit. It is a pity that the much-publicised and policy-relevant June 2019 report by the Foreign Affairs Committee of the UK parliament titled ‘Building Bridges: Reawakening UK-India Ties’ did not explore avenues for such potential collaboration.

These could include a regular exchange of information, mutual capacity-building efforts, sharing of best practices and technologies, mutual legal assistance and working through the UN. There should also be ‘actionable’ exchanges of intelligence related to terror acts, money laundering and related crimes and terrorism financing. Terrorist groups such as the Dawood company, led by Dawood Ibrahim, the mastermind of the 1993 Mumbai bombings, should be formally named in future joint statements. There could be discussion on India’s focus on ‘de-radicalisation’ (in contrast to the UK’s ‘counter-radicalisation’) in relation to religious extremism, as well as an emphasis on countering the financing of radicalisation and on-line radicalisation. Finally, a curb on pro-Khalistani activities in the UK will continue to be a key factor in strengthening bilateral counter-terrorism partnership. 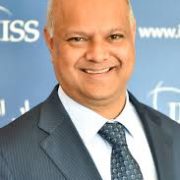 Rahul is Senior Fellow for South Asia and leads the Institute’s South Asia research programme at IISS. He researches and publishes on security matters.