With the Embassy of Israel in London: Can 30 seconds change the world? 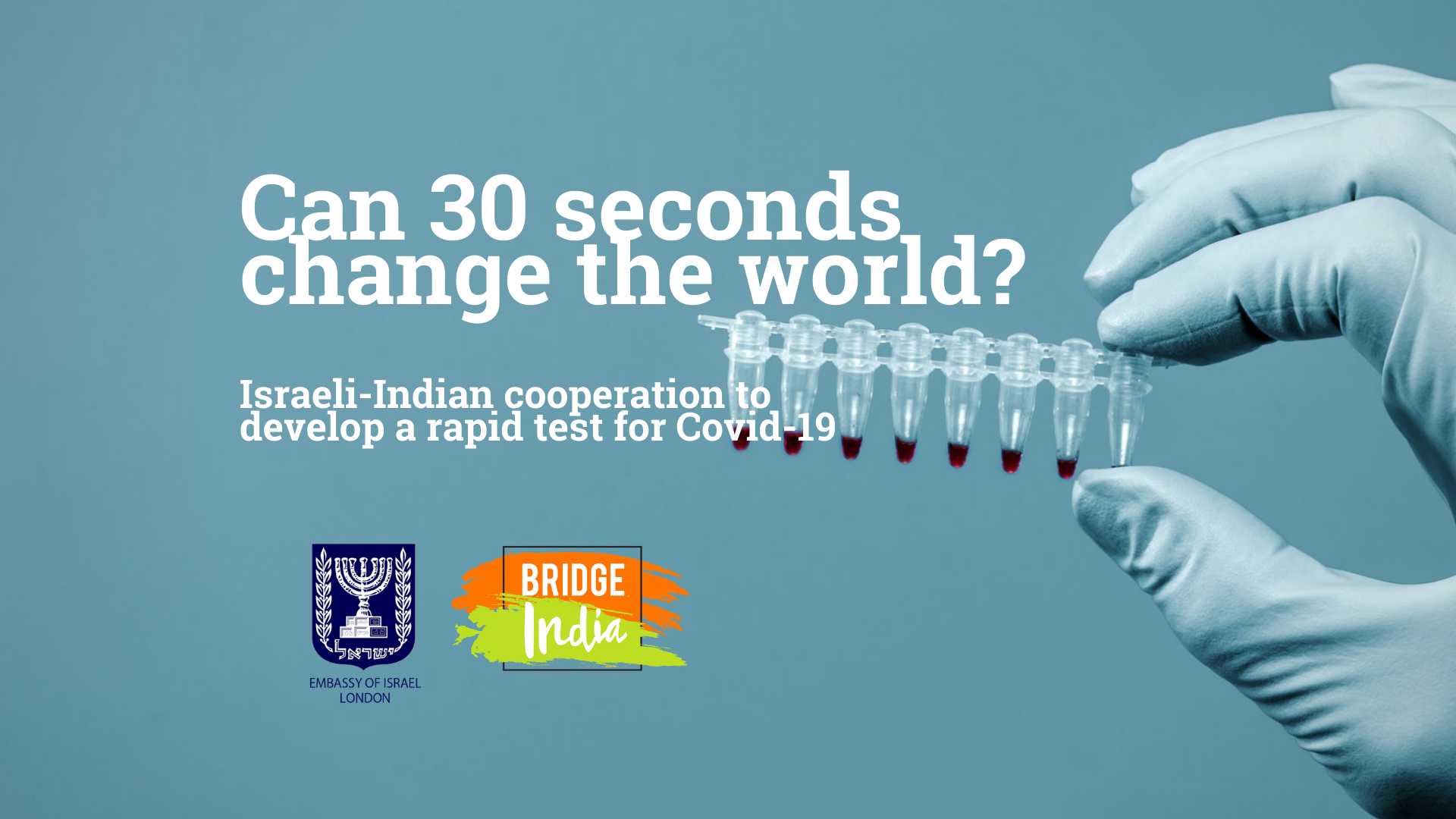 India and Israel could soon be collaborating on mass production of some innovative tests kits to detect Covid-19. Following a recent high-level Israeli delegation visit, led by Commander Yaniv Meirman, there are exciting potential avenues of collaboration emerging.

In this special webinar jointly organised by the Embassy of Israel in London and Bridge India, we explore how the idea to collaborate on the project emerged during one of several phone calls between Israeli Prime Minister Benjamin Netanyahu and his Indian counterpart Narendra Modi, and how this bilateral cooperation in public health could evolve.

By mid-August, more than 24,000 people had been screened for Covid-19 using these tests. The tests, including two saliva tests and a breathalyzer test, are being evaluated in four hospitals in New Delhi. The USP of these tests, that began 28 July, is the 30-second speed with which results are obtained.

More widely, this session will explore how the two countries could partner on public health innovation more widely. It is a unique opportunity to hear directly from the Israeli and Indian governments on how they see the bilateral partnership evolving.