Remembering the victims of the Mumbai terrorist attacks of 26/11 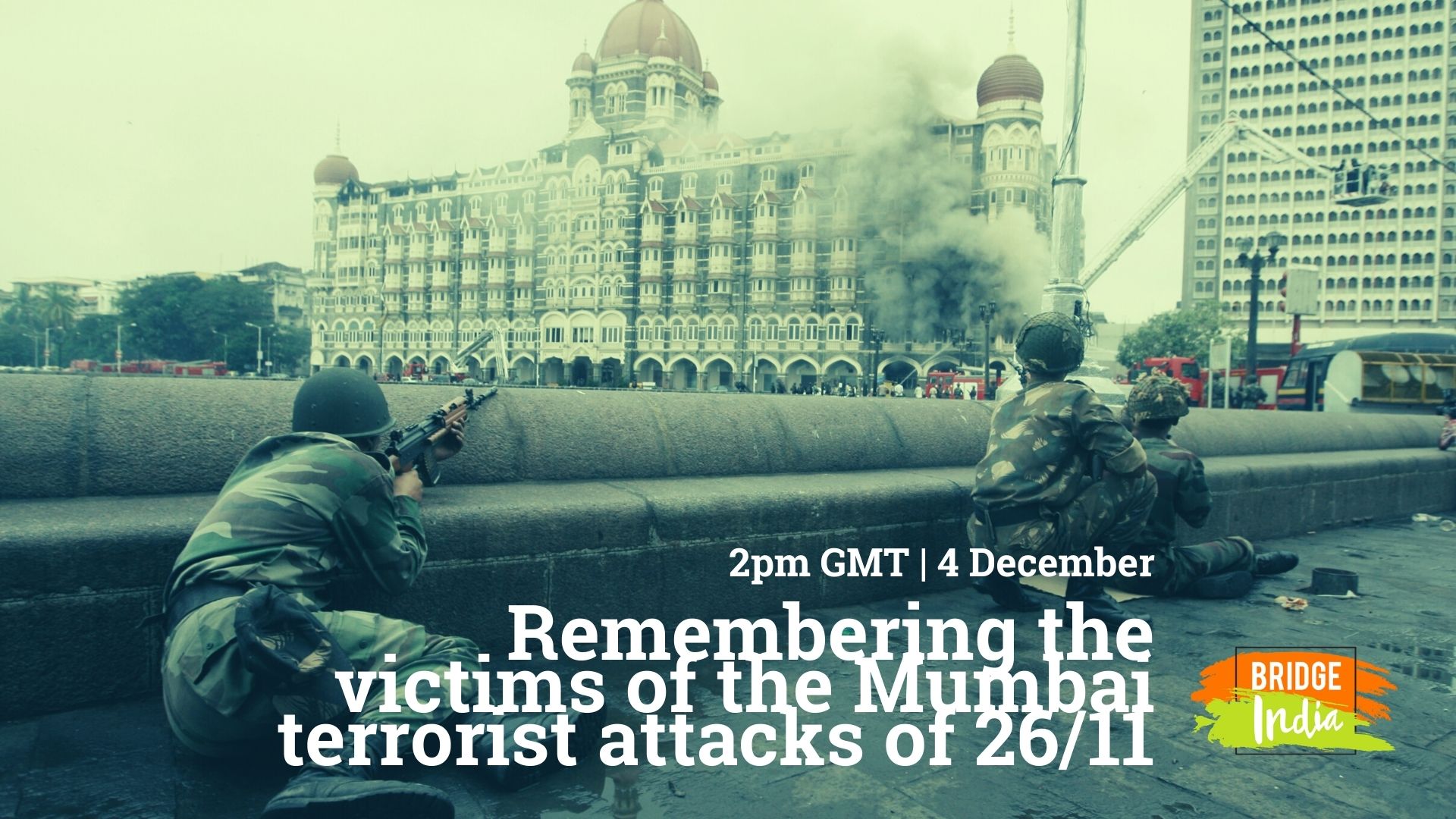 On 26 November 2008, ten Pakistani men associated with the terror group Lashkar-e-Tayyiba stormed buildings in Mumbai, killing 164 people. Nine of the gunmen were killed during the attacks, one survived. Mohammed Ajmal Kasab, the lone surviving gunman, was executed in November 2012.

They traveled from Karachi, Pakistan, to Mumbai via boat. Along the way, they hijacked a fishing trawler and killed four crew members, throwing their bodies overboard. They also slit the captain’s throat.

The terrorists docked at the Mumbai waterfront near the Gateway of India monument. They hijacked cars, including a police van, and split into at least three groups to carry out the attacks, according to police. The attackers used automatic weapons and grenades.

This event remembers the dead in Mumbai and looks ahead to how terrorism could evolve in India over the coming decade. It includes insights from experts on terrorism studies, counter-terrorism, Islamist movements and Pakistani violations of human rights and adverse impact of CPEC in Balochistan and Gilgit-Baltistan.