Gandhian values in the modern world 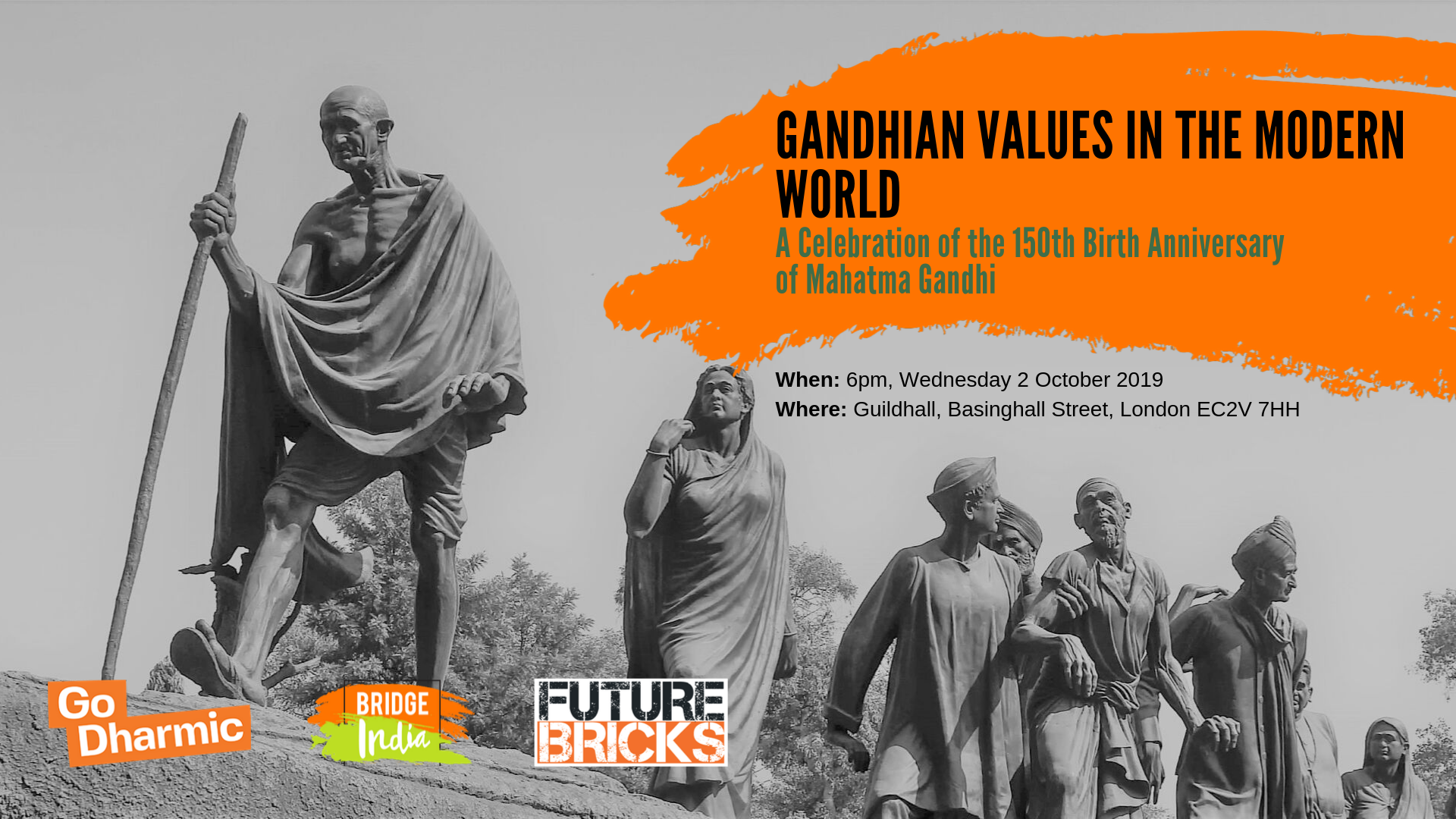 2019 is the 150th anniversary of Mahatma Gandhi’s birth, and we would like to celebrate this with GoDharmic and FutureBricks at the Guildhall.

Gandhi gave India its very first lessons of tolerance, non-violence, Satyagraha, the Quit India Movement, the Dandi March, and of belief in one’s own faith. He played a crucial part in India’s independence movement, showcased India on the international platform and inspired social activists around the world.

It is the love and compassion he showed during his non-violent struggles against the British Raj that generations has most associated with him.

But how relevant is this message today? Has the Gandhian approach of love, compassion, tolerance and non-violence gone out of fashion? Is it being lost in religious, political and emotional fervour?

On the occasion of Gandhi Jayanti, come hear from three eminent speakers at the prestigious Guildhall, on what Gandhi’s message could mean today.