In conversation with: Salil Shetty 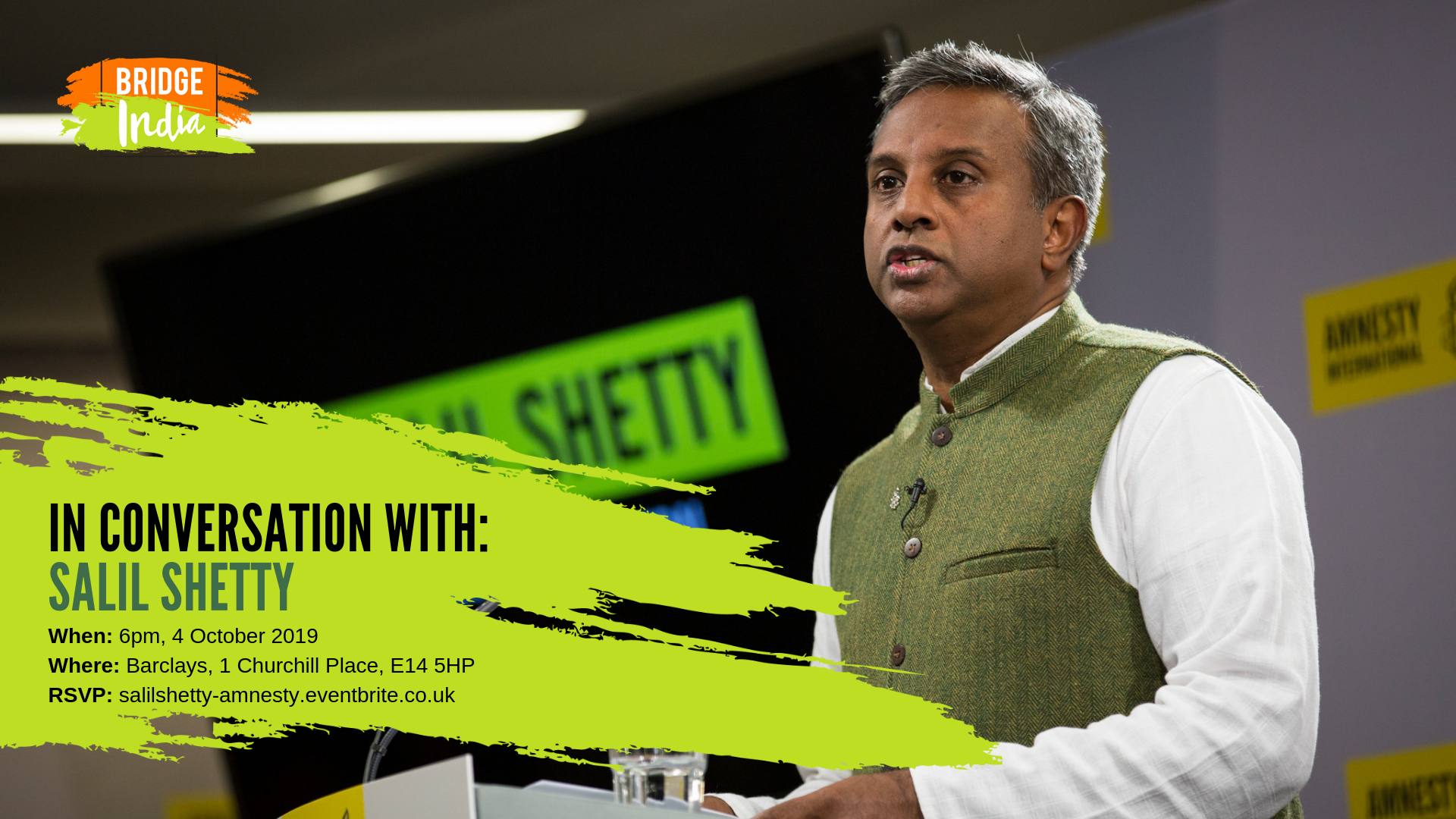 Salil Shetty is an human rights activist who was the Secretary General of the human rights organisation Amnesty International (2010–2018), during which time he travelled extensively, visiting over 70 countries, meeting grassroots activists, political leaders and members of the media, as well as those on whose behalf Amnesty International campaigns. This has included visits to Egypt in the aftermath of the 2011 uprisings and to Australia to campaign for the rights of indigenous people.

Since leaving Amnesty, Salil’s focus has been on India, including media freedom, minority rights, the rise of nationalism and related topics. Salil has led championed the defence of freedom, truth and dignity throughout his career.

This session will be a Q&A with Salil on the major human rights challenges he sees in the world, viewed from the lens of a Indian global citizen.

Previously, he was the director of the United Nations Millennium Campaign. Before joining the UN, he served as the Chief Executive of ActionAid. In recognition of his long-term commitment to Human Rights and his deep understanding of the complexities of human rights issues, Shetty was appointed a Senior Fellow at the Harvard Kennedy School’s Carr Center for Human Rights last year. He is also affiliated to Harvard University’s Lakshmi Mittal and Family South Asia Institute, where Fellows contribute to the academic study of South Asia by bringing their expertise on a wide range of issues to Harvard University.

If you would like to pose any specific questions to Salil in advance of the session, you can email them to us when you register for your ticket.