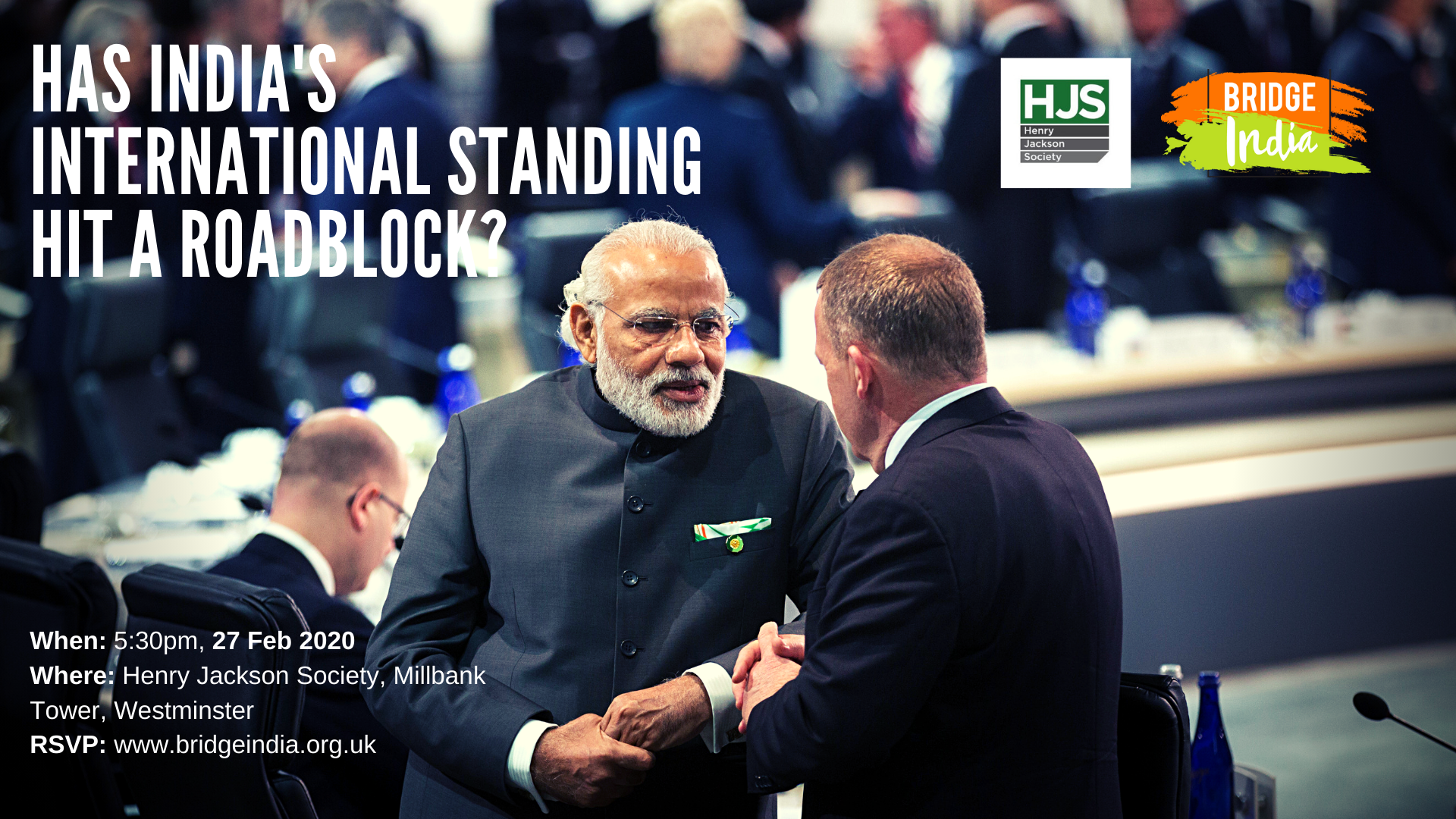 India’s foreign policy diplomacy in the 1990s and 2000s focused majorly in trying to delineate India from being hyphenated with Pakistan. From India’s strong presence in Davos in 2006 and 2015 and in between, it marked a renewed confidence that India was an economic might in its own right.

But commentators, including former Foreign Secretary and National Security Advisor Shivsankar Menon, are increasingly saying said that the Indian Government is scoring an own goal with recent policy decisions – that India’s international standing may be suffering. India now has the dubious record of having 67% of the world’s internet shutdowns in 2018. At one stage in December, six Indian states had internet shutdowns over public unrest.

Since being re-elected for a second term in power, with an even greater majority, Prime Minister Narendra Modi and his Minister of Home Affairs Amit Shah has delivered upon their election promises quite stunningly: making the practice of ‘triple talaq’ illegal, the repeal of Article 370 in Kashmir; a Supreme Court conclusion majorly in favour of Hindus in the three-decade long Ayodhya case; and the implementation of a National Register of Citizens (NRC) and Citizenship Amendment Act (CAA).

Critics say these policy decisions are specifically targeted towards Muslims in India. The introduction of the CAA and plans for a nationwide NRC have led to protests and aggressive policing not seen since The Emergency in the 1970s.

Is India still globally seen as a plural, secular, fast growing and liberal democracy or have these recent changes – while receiving overwhelming support within India, as well as reflecting the mandate upon which Modi was re-elected – caused India’s international standing to suffer? Has India’s march towards a greater embrace of the West and maturing of its democracy hit a roadblock?

We are delighted to partner with the Henry Jackson Society once more for this event, with the following speakers: