Dissecting the election results: What next for India? 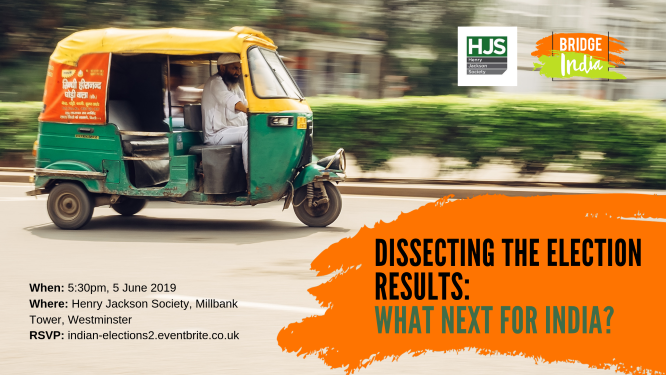 The BJP had an impressive victory in the 2019 General Election, emerging as the single largest party garnering more vote share than it had in 2014. The opposition Indian National Congress, failed to improve on its dismal 2014 showing and now faces an existential crisis. The BJP’s win came as a personal vote of confidence in PM Modi despite a fraught election campaign.

What should one expect from the election results this time? Now that the election exercise is done and dusted, is this another chance to bring in the achche din (good days) as promised five years ago?

Come meet expert panelists dissect the General Election results in India and share their thoughts on how they see the next five years evolving. Panellists include:

This event is organised by Henry Jackson Society and Bridge India. We expect high demand for this event, so please register early.