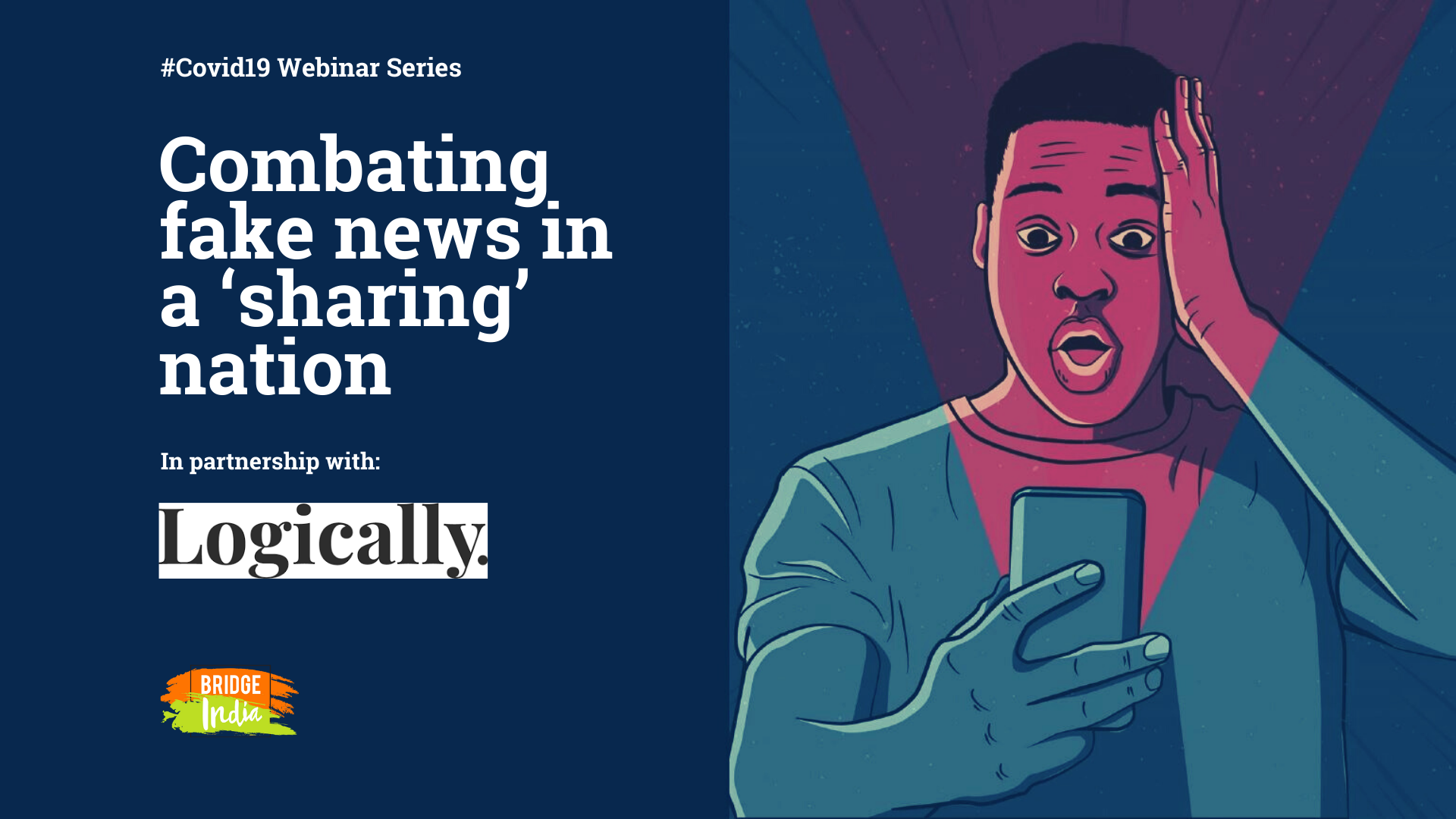 A new series with Logically, the world’s largest fact-checking team. They have made it their mission to address the structural challenges of the digital information age, unregulated platforms and put a stop to ‘fake news’.

Our series on fake news:

Staying ahead of misinformation, globally: The changing nature of news, social media and journalism around the world (29 September)

Fake news has entered the global lexicon in the last four years. Online platforms unite communities from across continents; however, greater interconnectivity has also broadened the scope of mis/disinformation. Following sessions on misinformation in India and the US, this session by Logically looks at global trends and seek to identify how the confluence of misinformation, journalism and social media may converge or diverge in the coming years. It will seek to cover a broad range of issues, including:

Combating Fake News Ahead of November: Choosing what to believe in a swell of misinformation (9 September)

The pandemic has given rise to a growing set of misleading content about testing, prevention and the origins of the disease. Inadvertently, respected friends and colleagues may also share conspiracy theories without malicious intent. With the Presidential and Congressional elections soon approaching, fake news will be a key phenomenon influencing public opinion. Within this context, the session brings together a range of eminent panellists to discuss:

This important session is organised by Logically, the world’s largest fact-checking team. They have made it their mission to address the structural challenges of the digital information age, unregulated platforms and put a stop to ‘fake news’.

India has undergone something of a digital revolution in recent years, with consumer technology growing at a remarkable rate. Unsurprisingly, social media companies have benefitted from the nation’s growing connectivity, with the nation’s active social media users growing by 24% between 2018 and 2019. Such growth in misinformation-friendly platforms has had inevitable consequences on the information ecosystem in India. With Covid-19, actor Sushant Singh’s suicide, the pandemic ruling out in-person rallies ahead of Bihar state elections in November, there are plenty of opportunities for groups, often with hundreds of members, to become echo chambers congenial to the spread of misinformation. In such environments, a network of potential propagators are ready to embrace content supporting their common worldview.

This trend is expected to continue and exacerbate in the coming years. The role of social media in spreading misinformation is well established; the engagement-oriented content discovery algorithms and gossip rather than detailed and balanced journalism. WhatsApp is the most likely significant avenue by which misinformation is circulated in India. Significant not just because of the frequency in which it is used, but also because of its encrypted nature.

This session is jointly organised by Bridge India and Logically, which employs the world’s largest dedicated fact-checking team, working together with their in-house AI to provide rigorous, evidence-based fact checks. Logically helps with ecosystem building in India, supporting fact-checking organisations with capacity building and public sector partners with timely interventions. This session will offer unique insights into: