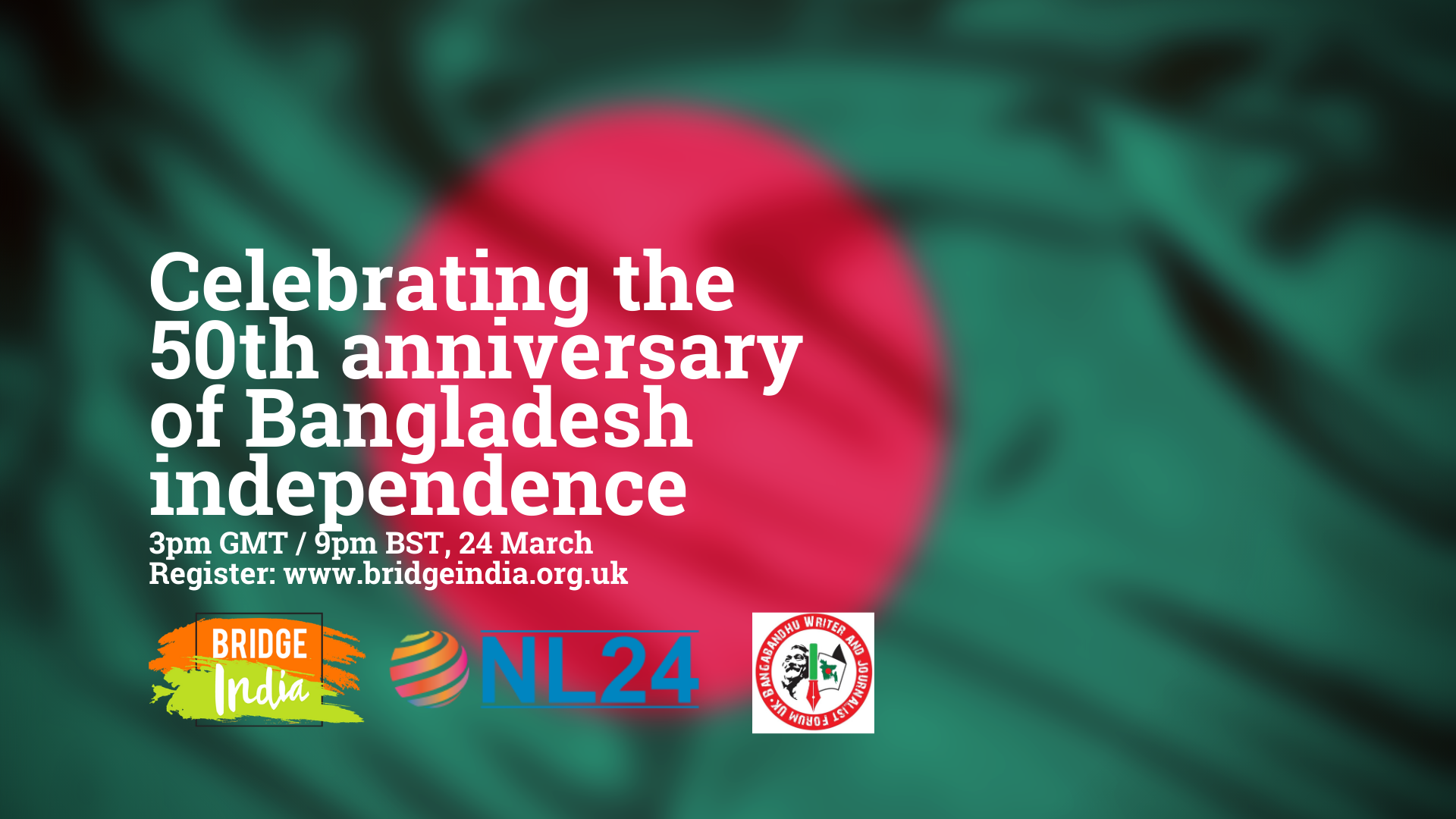 Celebrating the 50th anniversary of Bangladesh independence, with NLTV and the Bangabandhu Writer and Journalist Forum UK.

In the 1970 East Pakistan general election, its largest political party the Awami League won a clear majority for national seats as well as the provincial assembly. When West Pakistan’s military leadership refused to hand over power to the democratically elected government, a struggle for independence started.

On 7 March 1971 Sheikh Mujibur Rahman, leader of the Awami League, gave his famous speech where he called for a non-cooperation movement. But draconian actions and the commencement of Operation Searchlight signaled the Army was not ready for a peaceful transfer of political power. After support from the Indian army, East Pakistan secured its independence as Bangladesh after Pakistan surrendered on 16 December 1971. The victory is widely seen as India’s greatest military feat.

This event is organised in conjunction with NLTV and the Bangabandhu Writer and Journalist Forum UK, and celebrates Bangladesh’s 50th Independence Day and brings together a host of speakers: