Educate the men and empower the women: view from the West 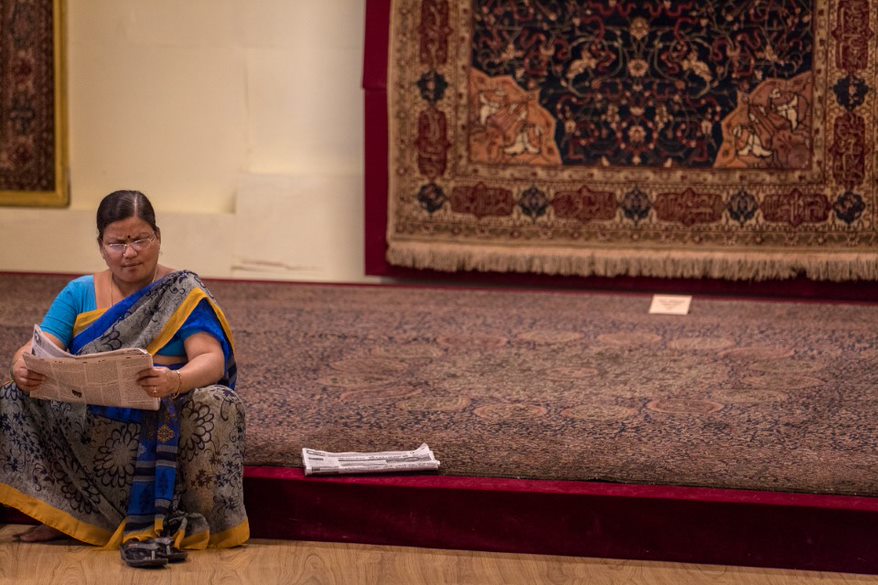 ‘We are on the eve of general elections in India and these elections will absorb attention.  But the elections will soon be over- and then? The coming year is likely to be one of storm and trouble, of conflict and turmoil.  There is going to be no peace in India or elsewhere except on the basis of freedom.’

(Jawaharlal Nehru, The Discovery of India, 1945)

A few weeks ago, India shot down one of its own satellites in a low-Earth orbit with a ground-to-space missile. India’s Prime Minister, Narendra Modi, hailed this as evidence that India was now a ‘space superpower’.  The timing of this statement a few weeks before the 2019 elections was significant.  Indian critics said that ‘India has acknowledged and reported this capability for some years now’ and congratulated its space agency, ISRO-DRDO, instead.  Then there were external responses from the West- some pointing to the worrying rise of the militarisation of space as well as the tired but popular ‘let’s stop giving billions in aid to this country.’  All in all, this seems to have backfired spectacularly, whether it was an attempt at virtue signalling, or just bolstering India’s nationalistic pride.

But the real problems are not in space so much as on the ground.  The ever increasing inequalities – financial, social and health – compounded by environmental issues, remain potent.  While India’s billionaires celebrate spectacular champagne weddings, the woman in the village walks miles to get clean water. In particular, despite Mr. Modi’s ‘Beti Bachao, Beti Padhao’ campaign to curb female infanticide and promote education of girls, the status of women remains mired in the bottom through more than seventy years of independence.  Nearly 60 million children are out of school in India, the highest number in any country and 40% of these are girls in the age group 15-18.  Almost 30% of girls from the poorest families have never set foot inside a school.  According to the 2011 census, female literacy stands at 65% as compared to 83% for males. Professor Amartya Sen has said that unlike India, China has focused on education and healthcare for all and that is why it achieves gender parity and progress.  Bangladesh, which has a lower GDP, has better statistics on female health and child mortality (and sanitation too).

But also worrying is the male:female ratio.  While in most countries females outnumber males, in India only one state has a 50:50 balance while others have between 43%-47% females.  Foeticide remains popular despite government programmes and incentives – one of my friends had nine abortions, only to go on to have two daughters at the end.  Population control was one of the conditions for aid from Western countries in the 1970s and as a child, I remember being puzzled by the ‘Sterilisation camps’ each weekend.  According to the Indian government, women came out walking, even skipping after the procedure, but now it makes for shocking footage to see these women barely able to stand but still forced to walk out of the operating theatre after the operation.  A gynaecologist remembers remains being thrown under the bed which are then eaten by cats or dogs.  My father who was a poor school teacher was offered the carrot of financial incentives to be sterilised during the ‘Emergency days’ of Mrs. Indira Gandhi but refused.  He went on to have three daughters, two of whom are scientists and one an architect.

Kidnapping, rape and sexual slavery of women in order to find a ‘mate’ for their son and a male heir is now common practice and the 2014 Nobel Laureate, Kailash Satyarthi, who fights for the rights of children, has helped in the release of such young women. In the 1970s, my own sister was kidnapped and thankfully rescued.  But social attitudes are difficult to change and this is where one must concentrate unless India’s story becomes the real life Handmaid’s Tale, Margaret Attwood’s dystopian novel.  Stigma against women continues in so many ways that it is difficult to change the status quo.  So, a woman is forced to stay in an abusive relationship.  Women, men and their families go to extreme lengths to hide a divorce or separation because of the social stigma.  Men (and women) also refuse to divorce while some lengthen the proceedings in a passive-aggressive way to force a withdrawal.  One well known film star converted to Islam in order to marry someone after his Hindu wife refused to divorce him.  And some go to extreme lengths to stop a woman from leaving – my female cousin was battered to death in our village.  In that same village, men do not want to have the ignominy of buying or putting on condoms, so my female cousins were forced to have hysterectomies at young ages to stop falling pregnant.

Such ingrained attitudes are also brought in to the Western countries when people migrate or come to work here temporarily.  Honour kidnappings and killings are well known but less well publicised are some discriminatory practices carried out under the safety of diplomacy.  For example, children of other nationalities whose parents or grandparents are Indian, can obtain life-long visas (called Overseas Indian Citizenships), but children of divorced parents, those from ‘live-in’ relationships, and LGBTQ backgrounds, are denied this privilege. My attempts to understand this rule from the Indian High Commission’s perspective in London did not bring forth any responses from them and so I can only assume that it is culturally imposed, ignoring universal human rights. But even benign personal choices like what women wear and eat are under scrutiny under the Indian social microscope.  A close relative dries her underwear inside in case anyone sees it.  Women (and men) could be murdered in India on the suspicion of eating beef.

There have been two major Western responses to the women’s issue in India: build more toilets so that women don’t get raped while defecating in the open; and educate them.  I’ve had British colleagues and students going to India on research trips to propose toilet building.  The toilets are needed for sure but they won’t change basic societal attitudes – women get raped and killed in rich western countries with toilets.  As for education, if directed only at women, may fail due to the tall poppy syndrome.  In a patriarchal society, educated women are pushed and held back. One has to remember that the brutal rape and murder of the female student in 2012 aboard a Delhi bus – the rapists and murderers were incensed by her education and attitude – even though she came from a similar background like them. Education and empowerment of girls and women are needed but social education for men is needed even more, because men and women need to work together. 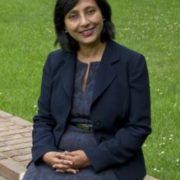 Sumita is an architect, artist, author and academician. She has taught architecture and technical design for 20 years and has her design practice, Ecologic. She has written several books on architecture, looking at it from environmental, social, economic and political angles.