The state of British-Indian philanthropy 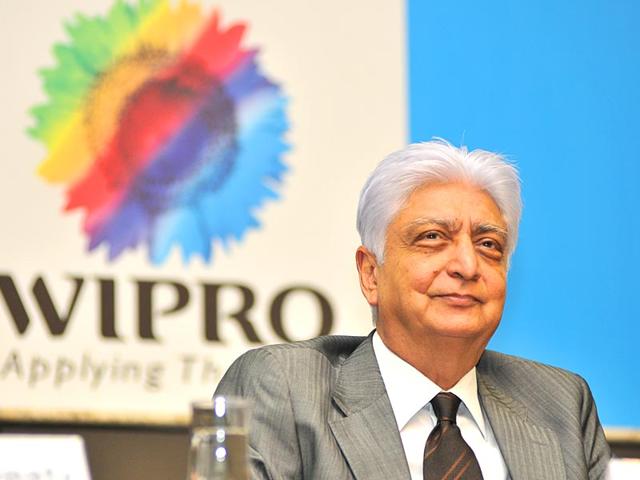 If you are clued up on philanthropic giving, it’s safe to say you will have heard of IT billionaire Azim Premji. The tech mogul recently confirmed his place as one of the world’s highest givers, and India’s top philanthropist, with a total contribution of $21bn.[1]That is an astounding figure, but the mega-wealthy are only one part of the giving opportunity. In order to create sustained and long-term change there is a need to inspire and mobilise far greater numbers of donors at all levels of wealth. This is especially true within the British-Indian community with Indian HNWI in the UK having a giving gap of about £37million-£75m.

According to the World Health Report 2018, there are approximately 574,970 HNWI in the UK.[2] And as British-Indians make up 2.3% of the UK’s population, we can estimate that there are about 13,224 HNWI from the Indian diaspora in the UK. The current giving levels for this group are of £23 million to £35 million, meaning that an extra £37 million to £75 million could be given to the charity sector.[3]

In this piece, we look to discuss this gap and look into the current state of British-Indian philanthropy to understand what is preventing this group of individuals from giving more, at a time when charities face increasing demands for their services.

In general, the desire to give comes from personal and emotional attachment to a particular cause or community area – which explains why Indian diaspora members mostly give to India.

Several reports showed that many British-Indian donors feel a sense of responsibility towards Indian development and seek to contribute to a brighter future for India.[4] Some, especially among older generations, express a similar feeling toward their local community, geographic, ethnic or religious.[5] Strong emotional attachment is thus an important factor to understand why British-Indians give and to whom.

Causes supported by British-Indians are varied, but some causes remain more popular than others. Education is often a popular cause supported by the UK population in general. However, it receives particular attention from British-Indian donors, who ranked it as “highly important”, indicating the sense of responsibility toward Indian development that many diaspora members feel.[6]

This feeling of responsibility could also explain why health is another popular cause among British-Indians.

Disaster relief is also a highly popular cause among British-Indians. That could be due to large-scale humanitarian crises, but also the approach the Indian government has taken by refusing aid from foreign governments for emergency relief, giving the Indian diaspora greater space to step up and give back to their country of origin in the time of needs. While focusing on poverty and health for a prosperous Indian society relies on sustained and long-term giving mechanisms, humanitarian relief generates large amounts of giving but in a reactive way and over a short period.

With the emergence of younger generations of British-Indians and recent wealth transfers, the picture is likely to change. Recent studies on diaspora giving have shown that younger generations do not feel as close to their heritage as their parents and grandparents. As a result, younger generations are more willing to give across community lines and in the UK.[7]Therefore, it is important to note that current giving trends might shift with the emergence of a new generation of British-Indian philanthropists. Young British residents are more likely to give to mental health or homelessness charities for example.[8]

Indian philanthropy inside and outside of India is growing. While ultra-rich Indian households have grown at a rate of 12% over the past five years, and are expected to double in both volume and wealth in 2022, private philanthropy in India grew at a rate of 15% in the same period.[9] However, British-Indians are still far from realising their full giving potential.[10] Diaspora philanthropy has the potential to build a strong civil society and to create positive change in both countries of residence and origin. So why aren’t British-Indians giving more?

Barriers to giving fall under two main categories: motivational and structural. Motivational barriers reduce an individual’s desire to give and engage in philanthropy. These barriers are often internal, and require a change on the part of the individual.

Structural barriers arise when the process of giving is difficult, for example by being time-consuming or involving high degrees of risk and uncertainty.

Information on charities and the giving process is not easily accessible, making it difficult for diaspora members to understand where and how to give. According to Dasra, more than half of India’s private philanthropy is informal and given from individual to individual or through unregistered community organisations.[11]

Financial incentives can also affect the likelihood of individuals to give. In India, there is a lack of tax-related incentives for donors, and NGOs have to respect strict rules to be tax exempted.[12] In the UK context, structural barriers are not as strong with different giving mechanisms and incentives, such as gift aid, “Give as you earn” (GAYE) or charitable trusts. Nonetheless, British Indian givers might not know about the wide range of options available to them. These different structural barriers can contribute to a difficult and unpleasant giving journey creating motivational barriers.

The lack of clarity and transparency in giving mechanisms can result in a lack of trust. Indeed, the lack of trust in the charity sector is an important motivational barrier preventing the Indian diaspora from giving more.

The lack of trust emerges from examples of poor governance or corruption in the charity sector, but there is also a misperception on how much corruption is actually happening. These factors influence both the amount of donation and who benefits from these donations.

Many donors choose to give to large scale organisations rather than local charities because of the lack of accountability and transparency mechanisms.[13] Barriers such as the lack of trust are not only relevant to the Indian environment, but also to the UK. In recent years, the charity sector has been impacted by bad publicity, resulting in a lack of trust in the sector and negatively affecting donations. There is a growing need to discuss success stories of what effective, safe and impactful giving looks like.

The lack of an open philanthropic culture makes it difficult to inspire potential donors to start their philanthropic journey. As well as Azim Premji others such as, IT billionaires Nandan and Rohini Nilekani have pledged 50% of their wealth to philanthropy; Biocon’s Kiran Mazumdar-Shaw committed 75% of hers; and many other families fund hospitals, schools, community kitchens, the arts and scientific research.[14] However, the British-Indian giving potential could be realised if there were more opportunities to discuss what safe or high impact giving looks like across different levels of giving both in the UK and India.

So what other things could be done to help British-Indians give? With younger generations more willing to give across the community and country lines, it is even more relevant to look at what needs to be done in the British context, and how barriers to giving may be overcome to allow more giving in and from the UK.

In order to create a strong culture of giving the Indian diaspora needs to come together to share their experiences and discuss how to enable more effective giving. Indian philanthropists in the UK could come together with other philanthropists to discuss what effective, clear and impactful giving looks like, in order to inspire their broader community. Such a convening space would enable collaboration between individuals to explore solutions to the many social, economic and environmental issues we are facing at both local and global levels.

In order to overcome structural barriers, changes should not only come from donors, but also from policy-makers and charities. A strong civil society requires effective due diligence on charities and ensure that funds are indeed spent as intended. Such systems already exist, but there is a general lack of knowledge from donors on which options are available to them. Giving could be facilitated if donors were better informed of the full range of giving options and tax efficient structures already in place in the UK.

Long-term, sustainable and thoughtful giving, rather than reactive giving, is needed. Better research and data on British-Indians giving will allow for better transparency and to understand what impactful and effective giving is. With these tools available to us, it’s time to tap into the growing opportunity for the Indian diaspora in the UK – let’s come together to share success stories, build trust, and enable giving with impact. 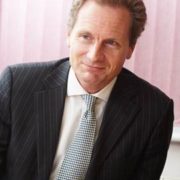 David is the Executive Director of Philanthropy and Development of Charities Aid Foundation (CAF). He also leads the advisory teams in CSR, philanthropy and charity, as well as grant-making programme management and legacy services. Before joining CAF in 2013, David held CEO/Director roles with major legal firms, KPMG, Accenture, UBS and RBS.