Are electric vehicles about to take off in India?

India turns to electric vehicles despite lacking both technology and minerals to produce them, risking the spectre of Chinese domination in the process.

At the beginning of 2018, Ford decided to double its electric vehicle spending to $11 billion. This led Reuters to declare that it was “part of an investment tsunami in batteries and electric cars by global automakers.” Reuters estimated that figure to be more than $90 billion. Analysts said that $19 billion was invested in the US, $21 billion in China and $52 billion in Germany. These investments have only grown since.

In January 2018, electric vehicle sales were less than 1% of the 90 million vehicles sold every year. In 2017, the dominant player in the American market was Tesla with sales of 100,000 vehicles. Globally, Nissan Leaf is the top-selling electric vehicle and China is the biggest electric vehicle market. In the first half of 2018, more than 420,000 electric vehicles were sold in the Middle Kingdom. Most estimate the sales in 2019 to have increased significantly. Suffice to say, sales of electric vehicles are growing fast, especially in China.

On June 13, 2019, two dramatic pieces of news hit the wires. First, a Chinese company “announced a massive $23 billion investment in the production [of] 1 million electric cars and 500 GWh of batteries per year.” Second, Toyota’s sleekly designed ultra-compact electric vehicle caught attention. More than its sleekness, analysts hailed the vehicle’s new batteries. Apparently, they eliminate the liquid electrolyte in batteries. This means that batteries lose bulk, last longer and become less likely to catch fire. It seems the battery revolution is on in full sway and Japan is leading the way.

Given that most countries in the world are adopting electric vehicles, India has belatedly made a push for them. It has promulgated a FAME-India policy, an acronym for the Faster Adoption and Manufacturing of (Hybrid and) Electric Vehicles Scheme. This policy measure seeks to foster greater demand as well as promote a greater supply of electric vehicles.

Launched first in 2015, FAME-India has achieved little to write home about. It turns out that about 90% of the vehicles produced from April 1, 2015, to March 31, 2019, as a result of this policy were electric scooters. Manufacturers indulged in gross abuse of incentives and more than 95% of these scooters used antiquated lead-acid batteries instead of modern lithium-ion ones.

As a result of small enterprises gaming the incentives and large ones ignoring them, Indian policymakers hit back through a pincer move. Its Bharat Stage standards regulate the emission of air pollutants from motor vehicles. On April 1, 2017, the Indian government had made Bharat Stage-IV standards compulsory. The failure of its FAME-India policy made the government leapfrog Stage-V and move straight to Stage-VI emission standards last year. The Indian Supreme Court upheld the government’s Bharat Stage-VI decision that comes into effect on April 1, 2020. This might dampen demand for petrol or diesel automobiles going forward.

While the first jaw of the pincer was raising emission standards, the second jaw was a reconstituted FAME-India policy that most refer to as FAME-II. This policy aims to have more than 30% of India’s vehicles powered by a lithium-ion battery in another 10 years. The Indian government has decided to drop support for mild hybrids and vehicles based on legacy battery technologies.

Like any policy, FAME-II will lead to winners and losers. The Japanese have bet big on hybrids. The likes of Suzuki, Honda and Toyota favor the gradual approach and prioritize hybrids over pure electric vehicles. Hyundai and local automaker Mahindra are gunning for the pure electric approach.

The Indian context is unique. Nowhere in the world is the population pressure so intense and urban congestion quite so bad. Traffic in India is terrible and leads to low fuel efficiency because vehicles crawl at low speed on poor roads in chaotic conditions. This means that vehicles invariably have high emissions and low fuel efficiency. New Delhi is now the most polluted city in the world. Its thick, gray smog has achieved legendary status as air pollution in the city surges to “emergency levels.”

With air pollution choking its people, the Indian government had no option but to act. However, it faces a big challenge in adopting electric vehicle technology. When the petroleum revolution occurred, India neither possessed the combustion engine technology nor any oil reserves. Till today, Indians drive cars with Japanese technology and Middle Eastern oil. In fact, the Indian economy yo-yos as per the price of oil because it imports around 1.5 billion barrels each year. It turns out that not only does India not have oil, but it also lacks cobalt and lithium, two key metals for new battery technologies.

The Indian government estimates its cobalt reserves to be 44.9 million tons. However, the government admits that “there is no production of cobalt in the country from indigenous ores.” In fact, production of cobalt declined in the early part of this decade from around 1,187 tons in 2010 to 1,300 tons in 2011 to 580 tons in 2012. India imported the ore to refine this cobalt and then imported more cobalt in refined form to meet domestic demand.

The top cobalt producers include both China and Japan. They have been savvy in acquiring mines in different parts of the world and developing global supply chains. With its tiny diplomacy, lethargic bureaucracy and election-obsessed politicians, India has only belatedly woken up to its cobalt and lithium shortage. The government has finally instructed three state-owned companies to team up for a new venture. This venture will scout and acquire strategic mineral assets abroad.

It is not only the lack of strategic minerals but also India’s weak industrial ecosystem that is a matter of concern. For decades after independence, Indians had to rely on antiquated Ambassadors and fusty Fiats to get around. Finally, Suzuki arrived in India in the form of Maruti and, after 1991, there has been a deluge of foreign brands in the country. Importantly, these automakers have relied on imports for both critical and non-critical components. They have also dumped older models in India with outdated technology and lower safety standards. Until recently, Toyota was importing steel despite the availability of high-quality steel in India. Manufacturing domestic electric vehicles is not going to be easy.

Feisty startups, such as eMotion Motors that has developed an e-bike called Surge, are hampered by risk aversion from investors, preference for software over hardware opportunities and short-term time horizons of venture capitalists. There is a cultural factor at play too. Because of the country’s caste-based social hierarchy that assigns a low status to manual work, Indians shy away from manufacturing and top talent rarely ends up making stuff. The few intrepid souls who enter manufacturing find it heavy going in a society that values status, not work.

One of the authors has repeatedly remarked on the continuity of cultural traditions in India and China. There is a reason India conceived of the number zero while China came up with paper. It might be a factor in making India the land of software and China the workshop of the world. In 2016, CNBC reported that India had the fastest-growing smartphone market in the world. In 2018, VentureBeat reported that Chinese smartphone makers were winning in India. Indians are notoriously price-sensitive and one of the authors preferred a no-nonsense Xiaomi to a fancy, expensive iPhone.

Just as the Chinese dominate the smartphone market, they could be the big winners in the electric vehicle market. So far, Suzuki has maintained its early mover advantage in India. Entering India in 1981, it has the brand recognition and the distribution network to remain top dog. Culturally, no foreign automaker knows India as well as Suzuki. Yet it is under pressure because of the new emission norms. In April, it decided to stop selling diesel-powered vehicles because the norms make them uneconomical.

Suzuki has also entered into an alliance with Toyota, a global giant but a minnow in the Indian market. The companies calculate that this partnership will enable them to compete better in India. Even as the Japanese are collaborating with each other, Indian companies are taking the foreign acquisition route to gain new technologies. Tata bought Jaguar and Land Rover, acquiring new technologies in the process. Yet this most reputed of Indian companies failed miserably when it launched Nano.

China’s SAIC Motor Corporation already has a foothold in the Indian market through its British subsidiary, MG Motor. Reportedly, it is planning a $350 million investment in India. This involves producing an electric car by the end of this year. The Japanese, market leaders in the Indian market, are yet to do so. Even Nissan Leaf is not to be seen in India, though one can find it in landlocked Bhutan. The situation is reminiscent of the 1990s when the Japanese lost their market domination to the Koreans because of underinvestment, low-risk appetite and slow rollout of the latest technology in the Indian market. This time, the Chinese threaten to upstage the Japanese.

The views expressed in this article are the author’s own and do not necessarily reflect Fair Observer’s editorial policy. 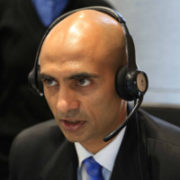 Atul Singh is the Founder, CEO & Editor-in-Chief of Fair Observer, and teaches Political Economy at the University of California, Berkeley. He studied PPE at Oxford and did an MBA at Wharton. He was a corporate lawyer in London and led special operations as an elite officer in India’s volatile border areas. He has been a poet, playwright, sportsman and mountaineer.