A different future of Higher Education: Making a new university 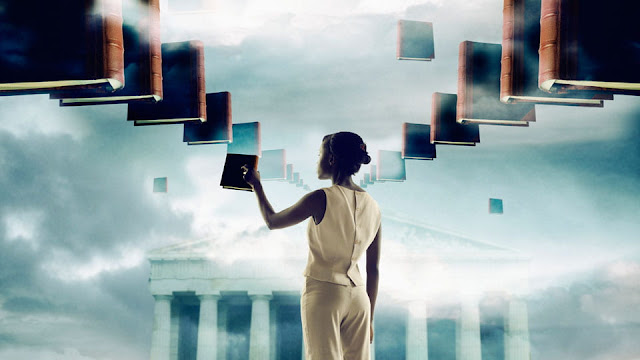 Unlike the Hollywood aliens, the future of Higher Education can not be expected to land in the United States alone.

The American universities, of course, lead the world in academic prestige, cutting-edge research and endowments. They are, collectively, the best and the brightest, and attract the best researchers and best students from around the world. And they are not just intellectual world leaders but also represent the biggest education industry in the world, sprouting an ecosystem built around the success and prestige of the great universities.

However, if higher education has to change and make sense in the future, this is exactly what needs to change.

I write this as I am rather tired of reading literature coming out of the United States which portrays the future of higher education in the universalist terms. It seems that there is only one reality – that of higher education in America – and every other variation from around the world represents intermediate stages of a journey to that. This is counter-productive thinking, as the realities in Africa, Asia and Latin America, and even in East-Central Europe, are very different. These countries require a different type of higher education than what is needed in the United States. And, since, collectively, the countries in these regions will send more students to Higher Education than the United States over the next two decades, the shape of the future will need to be defined in their terms.

This issue crops up in my everyday work all the time. There is ‘west is best’ among the middle classes in India (and in other parts of the world), a legacy of its colonial past. Therefore, even when we are building new universities in India – and there are lots of them getting built now – we can’t escape the temptation of copying blindly.  I have met people who wants to build these new institutions around Indian culture – Gurukul and all that – and yet, can’t go beyond packaging the ideas very similarly. India’s National Education Policy – a hotpotch between neoliberal call-to-arms for productivity enhancement and cultural nationalist dreams of revival of Indian spirit – seems similarly caught in the same dilemma.

Making the university of the future

A lot of people are saying that the university of the future needs to be more inclusive, more locally responsive, but there is no ready formats available other than one exported from the West. In short, we seem to be resigned in acceptance that the university is an Euro-American idea after all!

It probably is, but that is part of the change that we need to see in the future. If the university is to become an enabling institutional form, one that helps build better lives, societies and polities – and not just an instrument of worldwide mind-control – we shall need to change the idea of the university to match the needs and aspirations of its new students. America, post-war, sent the greatest number of students to the universities: This is going to change with the new millions of students heading for higher education in Asia and Africa.

Also, in the United States, the universities were conceptualised as a part of an educational-military-industrial complex, and became the engine for world domination intellectually and materially. As we approach the tipping point in globalisation, when this domination comes in the way of progress, a new socially-engaged avatar of the university may be what we need. At least, the model that succeeded in the last century is no longer fit for purpose for the new aspirations of our century.

Of course, the structures are powerful and it is not easy to tear through the whole ecosystem of ideas. But the questions are already being raised. The Chinese students returning home after studies abroad report declining benefits (see here), a fact that the Indians already knew. As the new ecosystem of trade and exchange arise in Asia and Africa and the subsidiary labour markets serving Western economies become less important (in relative terms), the limited usefulness of the Western university education will become clearer to the new graduates. Not only that: The demand for a new and more locally engaged higher education will arise and new forms of institutions will be created.

So different, yet so alike: Universities in India

Admittedly, my despair stems from the poor copy-and-paste attempts at university creation that I see in India. New buildings are erected as gated communities, disconnected from the life around them, pandering to the middle class fear of the plebian. A new class of professionals, PhDs-in-a-hurry, produce unintelligible research and meaningless journals, aping without purpose the motions of Western academic life without any of its rigours. No one seems to ask the fundamental questions: Why should there be a university? What would it do? What will its students look like? In a post earlier, I called the Indian Higher Ed sleepwalking into irrelevance. Years later, my impression is largely unchanged.

Indeed, I am an optimist and therefore, I expect new ideas to emerge from chaos. But this is exactly the way change happens: From the midst of chaos, urged by failure, inspired by new hope. Right now, we are entering an era of great uncertainty, one in which the oversold idea of freedom will be interrogated and people from the around the world, confronted by economic slowdown and climate challenges, have to rethink fundamental assumptions about life. The future of the university is less likely to be a tech-fuelled version of the business-as-usual and more likely to be courageous attempts at reshaping the conversations.

Such change always happens at the fringe: Therefore, I shall pin my hopes on Asia and Africa to provide the models.

Read Supriyo Chaudhuri’s other articles here. This article was original published on his blog The Sunday Posts here. 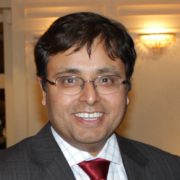 Educationalist with over 25 years of experience in global education, spanning across Higher and Professional Education, Education Technology and Skills Development sectors, including in South and South-East Asia, China, Middle East, Eastern Europe and South and East Africa.